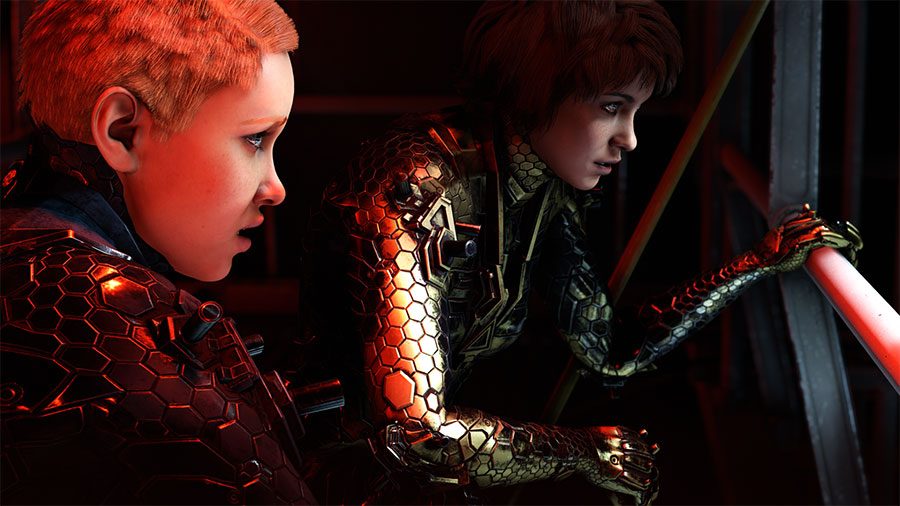 Wandering who to choose at the start of Wolfenstein? This Wolfenstein Youngblood guide will tell you the differences between choosing Jess or Soph, helping you make the choice choosing a character that more suits your personal play style.

When you first start Wolfenstein Youngblood, you are given a choice. You can choose which character you want to play for the story campaign. There are two choices you can make here, choosing one of the two sisters as your playable character.

It is worth noting that both characters are identical in the skills, gadgets, weapons and abilities they can discover and use throughout the game. The decision or picking Jess or Soph is nearly entirely cosmetic. Both sisters play through the same campaign, have the same skills and can use the same weapons.

The main difference between the two sisters is the starting weapons. Jess begins the game with a Sturmgewehr while Soph starts with a Kugelgewehr. The former is a medium to long-range weapon whereas the latter has a much higher fire rate but only at short to medium-range.

Further choices are available including Power Suits and Helmets. As before, these are all entirely cosmetic choices and have no impact on the rest of the game (except for the skill choice). Outside of killing Nazi’s in style.