Who To Give The Beans To In Borderlands 3

HomeWho To Give The Beans To In Borderlands 3
admin
Games 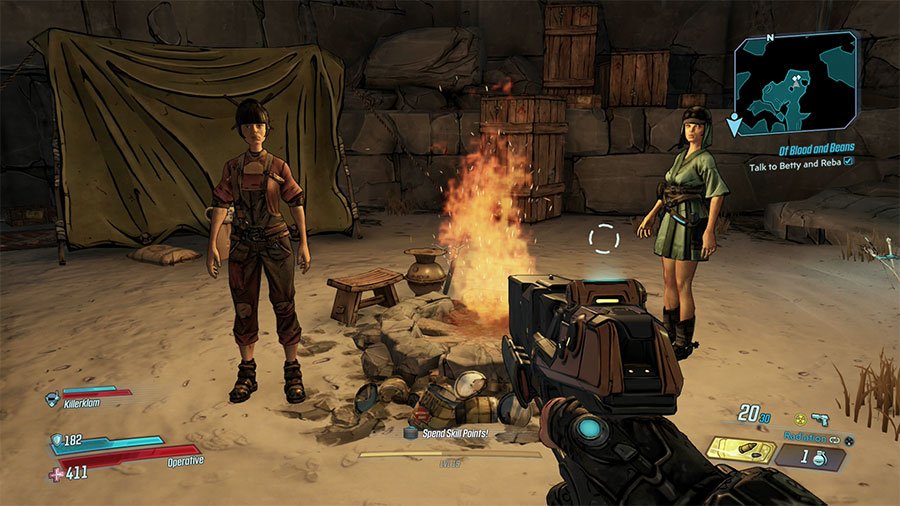 The Of Blood And Beans quest has a choice to make at the end. This guide on Who To Give The Beans To In Borderlands 3 breaks down the three choices and gives you a detailed outcome of one of the choices, so you can better gauge whether you want to give the beans to Betty or Reba.

The Of Blood and Beans side quest is available in the Obsidian Forest area. It’s a large map but the quest is very easy to come across. Once you meet Betty and Reba, you will interrupt an argument. The pair seem to have lost some tins of beans, a vital and important resource in the Obsidian Forest. They first task you with locating the missing beans, which is where the quest begins.

How To Break Green Crystals In Borderlands 3

The quest is very simple. Follow the trail of beans until you reach the final area and then survive an ambush against some flying bloaters. It’s a simple quest and the battles are not very difficult. Once you have found all of the empty can of beans, and the final full tin of beans, you return to Betty and Reba where they give you a choice. Unfortunately, there’s no way we can repeat the quest multiple times to have all of the outcomes yet, although we hope to update the guide with other options soon. However, the option we chose appears to be the best option.

Choose Betty, Reba, Or Destroy It In The Fire
We chose to throw the beans in the fire, destroying them. Initially both Betty and Reba are furious and will join forces to attack you. Once you defeat both of them, they agree to remain friends and follow their dream of opening a restaurant back in Vistage. You are also given an Epic weapon as a reward. This choice keeps both ladies alive, and has them return to town to open a new shop you can explore.

If you decided to choose any of the other options, let us know if it was different in the comments down below.

The post Who To Give The Beans To In Borderlands 3 appeared first on GamersHeroes.