Two Adventurer Feats require you to find two unique collectibles. This guide on Where To Find Gyozen’s Lost Scrolls & Oni Treasure In Ghost Of Tsushima Legends will tell you where to locate these special items for completing the Kami Friend & Collector Feats.

Before you are able to find Gyozen’s Lost Scrolls or Oni Treasures, you must first complete the entire story for the Legends DLC. It’s not huge but it can take you a few hours depending on your approach and play style. Once you have completed the Legends campaign from start to finish, you will unlock Silver Difficulty mode. This lets you replay the same missions with increased difficulty. This includes more enemies, more hitpoints, more tethers, the difficulty can ramp up pretty quickly. 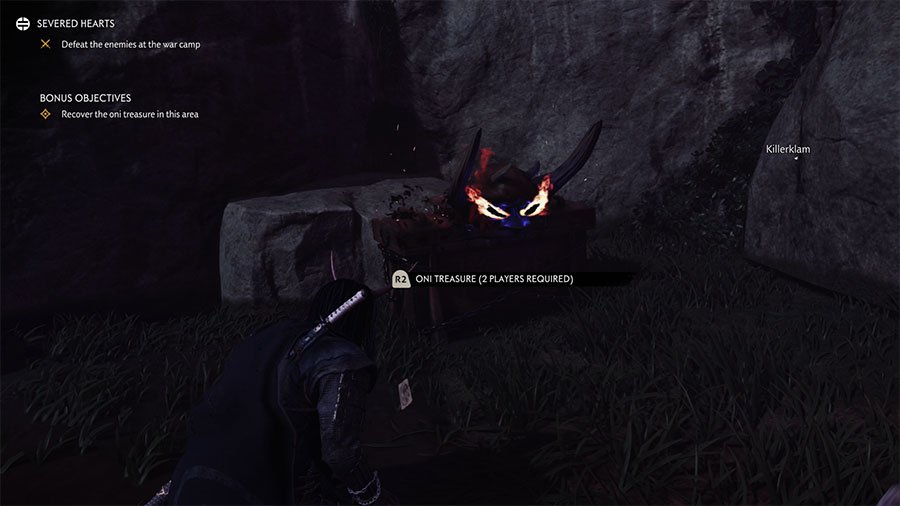 Once you start a campaign mission on Silver, you will get notified of Bonus Objectives, you can also view these on the pause menu in-game. There are usually three objectives. Find a Gyozen Lost Scrolls, an Oni Treasure, and complete a curse.

Oni Treasure is a large, treasure-like box that needs to be opened. Once opened, it summons several powerful guardians that must be defeated in order to claim the Oni Treasure. Once defeated, you interact with the treasure box and complete the objective. 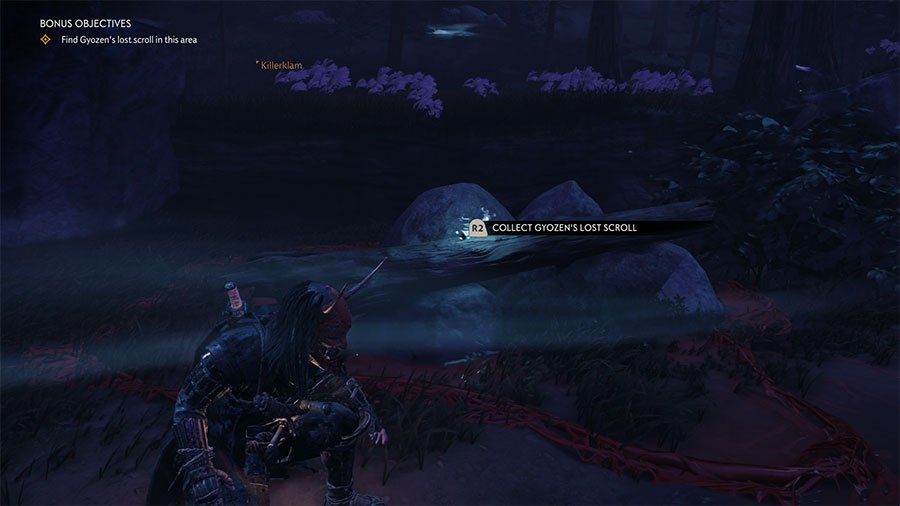 The Gyozen’s Lost Scrolls are simple scrolls hidden around the level. You can find it using your senses with the touch pad. The levels are not very big so they aren’t hard to find.

Finding both of these items is sometimes challenging but there’s a few things to know that will help. Firstly, the exact location is random each time. So you can repeat the same level multiple times and both the Lost Scroll and the Oni Treasure will move locations. However, as well as using your senses to locate them, there’s another hint.

When you in the correct area within the level, the bonus objective will appear in the upper left corner of the screen and be visible throughout the entire area. If you complete the objectives and move through the gate to the next area, that objective will be lost. So make sure, if the bonus objective of finding either the scroll or the treasure is on-screen, search the area thoroughly before leaving.

The post Where To Find Gyozen’s Lost Scrolls & Oni Treasure In Ghost Of Tsushima Legends appeared first on GamersHeroes.