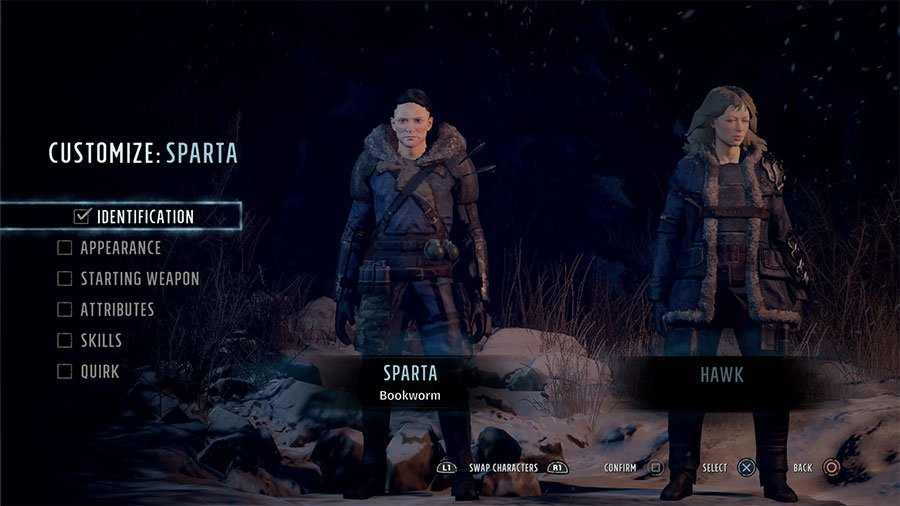 What perks to pick? What are the best starting attributes? This Wastelanders 3 Character Creation Guide breaks down the games fantastically versatile character creation system to explain some of the elements that may be a little confusing if you’re playing Wastelanders 3 for the first time.

Wasteland 3’s character creation offers players the opportunity to craft a nearly limitless combination of different characters to form an initial duo. Some of the choices you have to make, such as Name, Gender, Voice, are all very self explanatory so we’re not going to focus on those particular elements of character creation here. Instead we’re going to look at the more intricate aspects such as your character Background, Starting Weapon, Attributes, Skills, and Quirks.

When creating your initial characters it is important too look at potential synergy. For example, if you select one character with an SMG and one with a Pump Shotgun, you’re really going to struggle against high armored targets – as both guns lack in armor penetration. It’s a good idea to focus on characters and abilities that compliment the weakness of the other, otherwise you will completely sail through certain parts, and hugely struggle at other parts.

What Background To Choose? 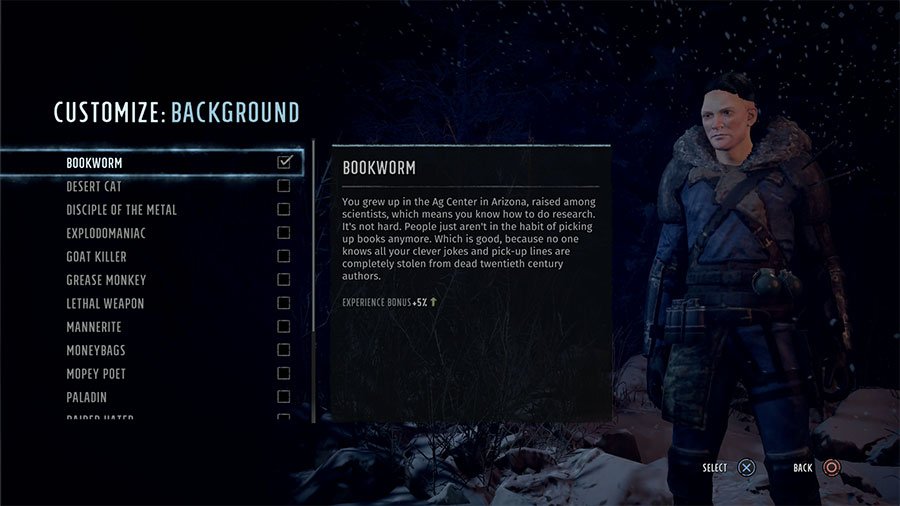 The backgrounds are mostly easy to understand but there are a few bits and pieces you may not be familiar with. The Kiss Ass skill is basically Persuasion, Hard Ass is Intimidation and Barter is the ability to buy items for less and sell for more. There is no right and wrong choice here but again, it’s a very good idea to focus on synergy between your characters and between the other choices you make.

For example, choosing Lethal Weapon (Melee Damage Bonus +10%) but selecting an Assault Rifle for your starting weapon, is slightly counter-intuitive as you won’t be swinging a weapon much with an Assault Rifle. Bookworm is an obvious and very safe choice for any character but becomes less valuable as you increase in levels. Below is a list of all the Background options. 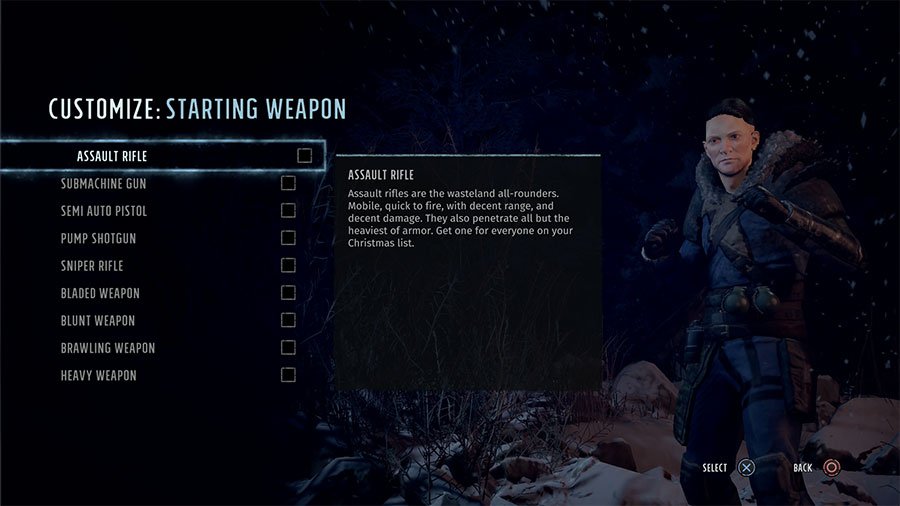 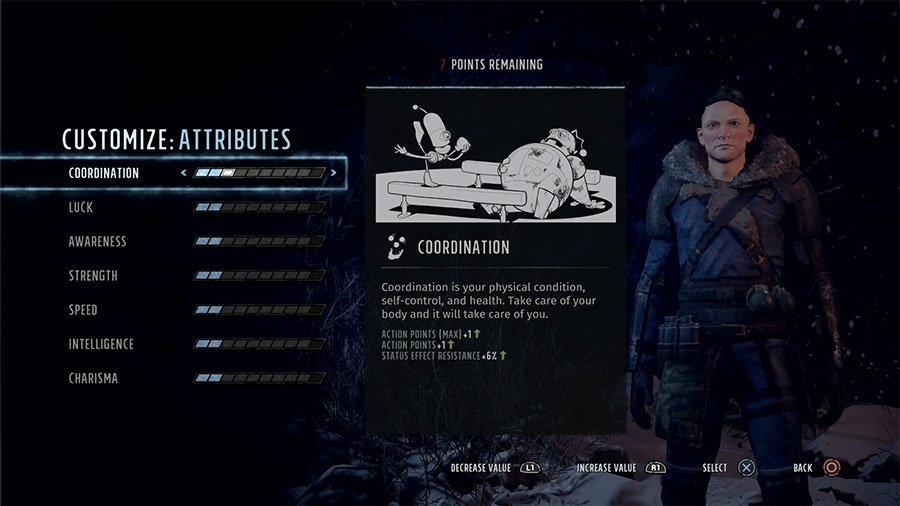 Your initial character has level 2 across all attributes although you can drop these even lower if you wish. With all attributes at level 2 you have 7 additional points to spend. If you reduce all attributes to level 1, you have 14 to spend. While most attributes will benefit your character in one way or another, there is definitely an opportunity here to greatly enhance your characters potential to thrive at their chosen role. Coordination is typically a valuable skill for most roles as it provides more Action Points. Weapons like the Assault Rifle cost 4 AP to fire, so having 8 AP total allows for two hits in a turn.

Things to consider here are your initial starting weapon choices with your characters and the skills you are about to choose. Focusing on your characters primary strengths is probably the best course of action as two characters that excel in their fields are likely to be more effective than two jack of all trade style builds.

As another example, a character choosing to focus on melee attacks would want to focus more heavily into Strength. The increase in Melee Damage is an obvious benefit but there’s also the additional Con, increasing survival for a character that is often going to be in the thick of it all. Speed is another useful attribute for melee users as it allows for greater evasion, initiative and combat speed.

A heavy weapon specialist may want to focus on Awareness for the additional hit chance and ranged damage bonus while the assault rifle user may want to invest more into Luck for Penetration. Charisma is also a good option for characters in mid-range combat as they can provide leadership bonuses to nearby allies.

Below is a list of recommended stats depending on the type of weapon you have chosen: 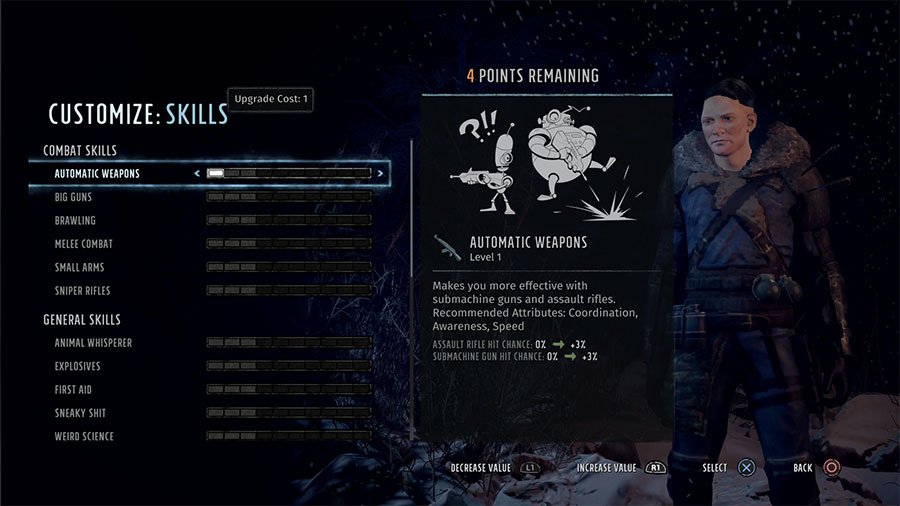 The Skills are where the real difficulty in character creation comes into play. Not because it’s tough or confusing but because there’s a ton of options and you’re very limited on Skill Points during character creation. Again here I would try to have each character focus on different aspects but with just 2 points to spend (unless you raise available skill points through attributes), it’s difficult. I chose to invest into my primary weapon for each character by a single level, and then Lockpicking and Nerd Stuff. Skill Points are much more common once you begin the game so don’t worry too much about your starting skills, just try to make sure both characters can fill different roles. 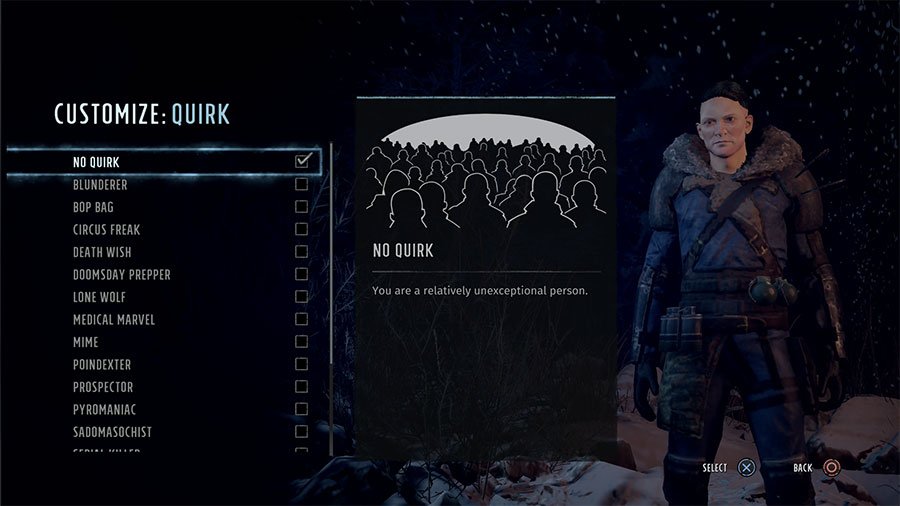 Quirks are entirely optional. You do not need to choose a Quirk but if you do, you are stuck with it throughout the game. There are definitely some choices here that could cause you serious problems but some of the benefits are also very exciting. They can combine well with certain backgrounds, offsetting some of the penalty or improving the benefit even more.

For example, the Lethal Weapon background provides a +10% bonus to melee damage. Coupled with the Blunderer, you’re going to be doing +25% additional melee damage at the cost of losing 50% critical hit chance. Likewise with Pyromaniac and Explodomaniac, these combined backgrounds and quirks will provide you with +40% explosive damage and 25% fire damage – at a 15% risk of setting yourself on fire whenever you use explosives.

When it comes to offsetting, you could take Waste Roamer and Bookworm. Waste Roamer provides +100% resistance to Bleeding, Poison, Shock, Burning and Frozen but reduces experience points earned by 15%. Bookworms 5% experience bonus reduces that to 10%. It’s very much an exchange across the board but whether or not you make that exchange is entirely up to you.

Wasteland 3’s character creation has a lot of really exciting combinations. What are you thinking of putting together? 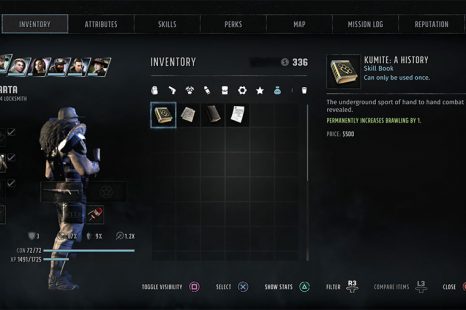 Skill Books provide a permanent skill increase to a single character. This Wasteland 3 Skill Book Location Guide tells you where to find each of the Skill Books we have discovered while battling our 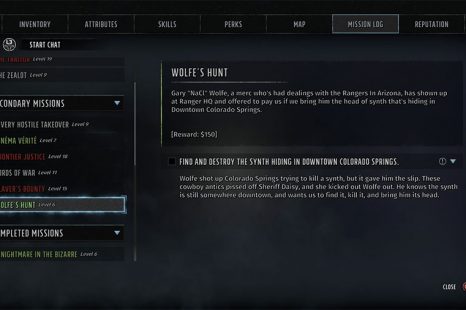 Wolfe’s Hunt Secondary Mission tasks you with finding a dangerous Synth. This guide on Where To Find The Synth For Wolfe’s Hunt In Wasteland 3 will tell you everything you need to know to track down 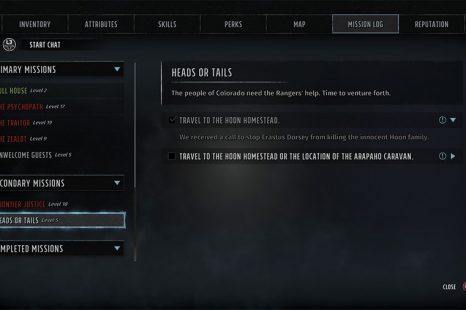 Do you go to the Homestead of the Arapaho Caravan? This Wasteland 3 Heads Or Tails Guide tells you what happens if you choose to save the Hoon Homestead or if you decide to go and visit the Arapaho 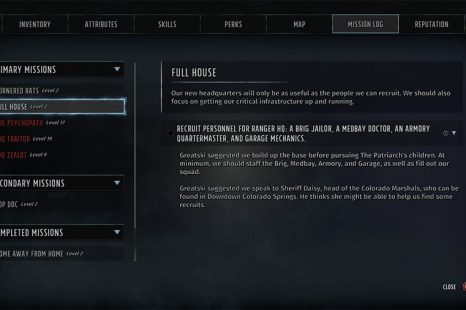 A Brig Jailor, a Medbay Doctor, an Armory Quartermaster and Garage Mechanics needed to be recruited. This Wasteland 3 Full House Quest Guide will tell you exactly where you can find each of the roles