Rockstar Games announced today that the new Vulcar Nebula Turbo Sports Classic has made its way to GTA Online. 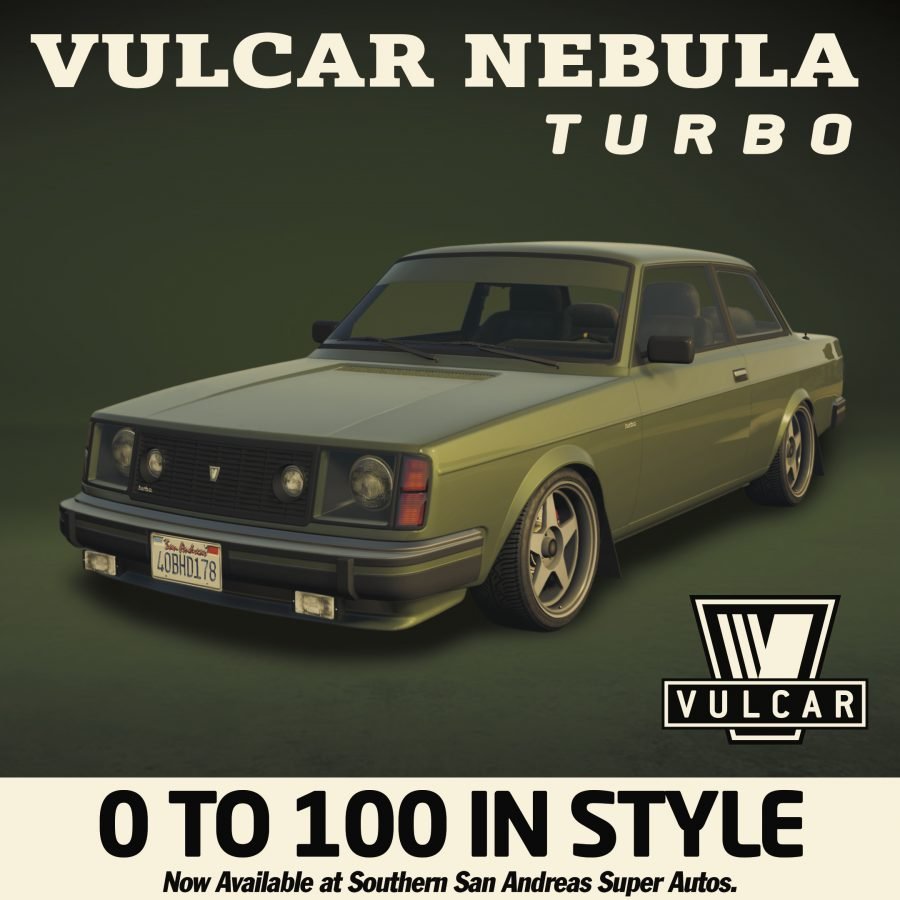 Starting this week, players can swing by Southern San Andreas Super Autos and grab themselves the Vulcar Nebula Turbo.

The recently released Rancho Rivalry, Scenic Route, and Grapeseed Circuit (which are part of the Race Series) will pay out Double Rewards from now through August 28. 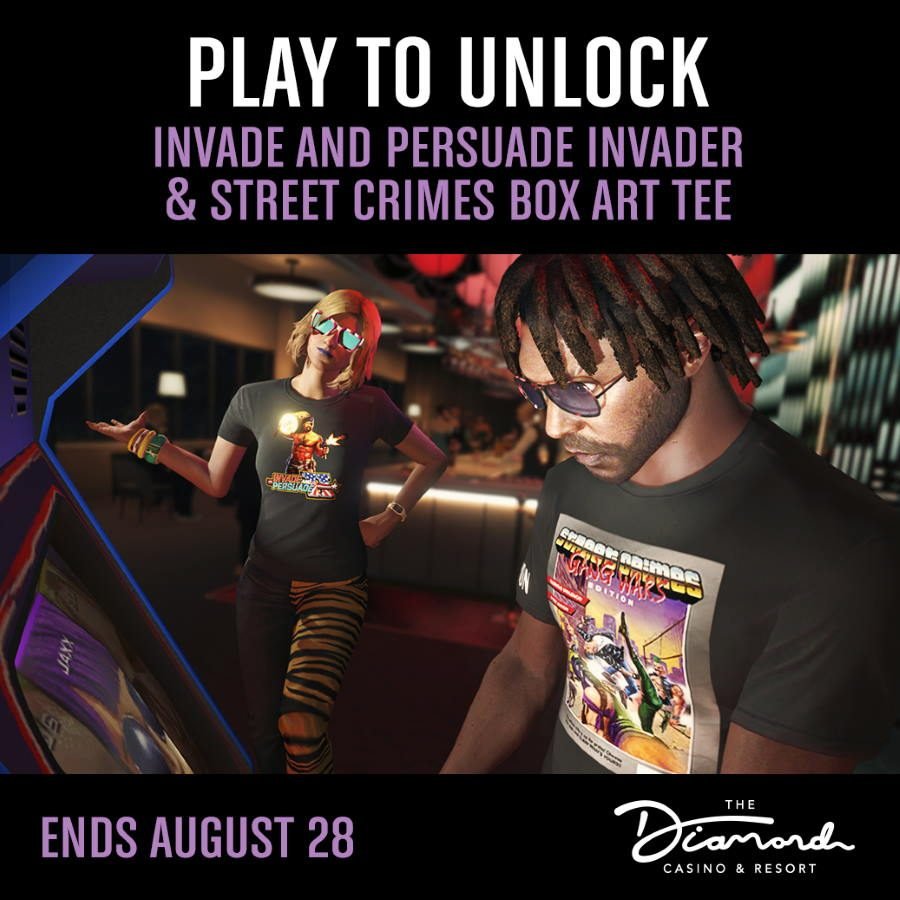 Those looking for some new threads can grab themselves the Street Crimes Box Art Tee and Invade and Persuade Invader Tee for free this week. 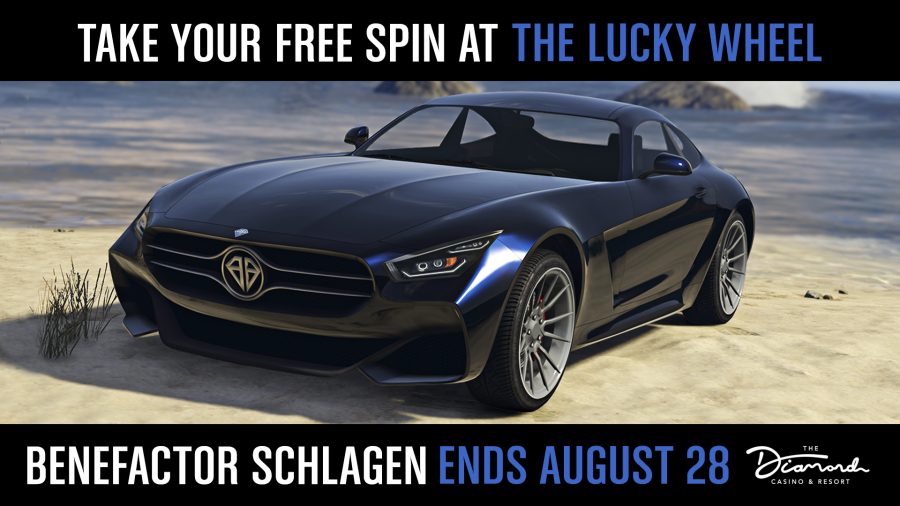 All those that pay a visit to The Diamond Casino & Resort can get themselves a free daily spin of the Lucky Wheel. The chance to score GTA$, special clothing items and the Benefactor Schlagen GT awaits.

Both the Blue Flying Bravo Fitted Suit Jacket and The Temptation of Aglaia can be yours at the Casino Store this week.

If you’re looking to save a bit, players can take advantage of the following discounts this week: 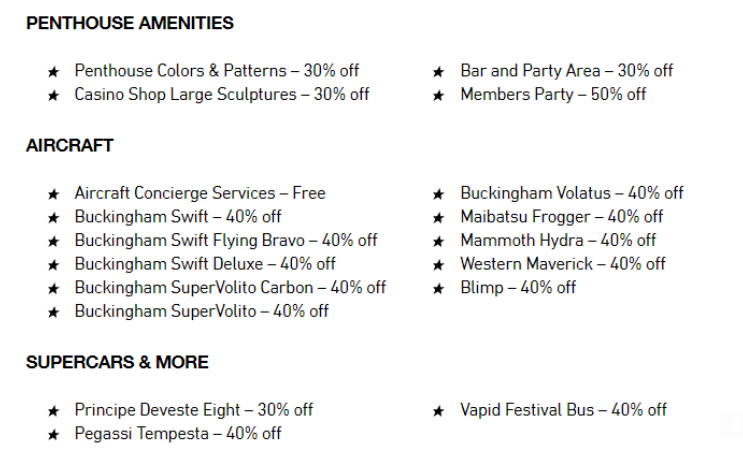 Finally, Twitch Prime members who linked their Twitch and Rockstar Social Club accounts can get themselves a staggering 75% off the Pfister Neon and the Pegassi Reaper, as well as an additional 10% off all previously listed sale items. 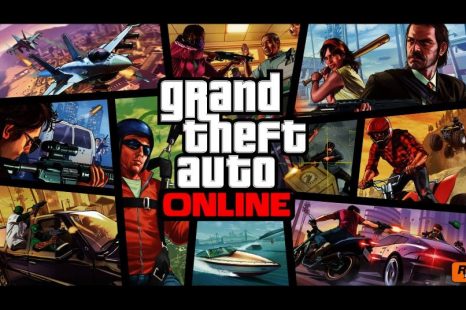 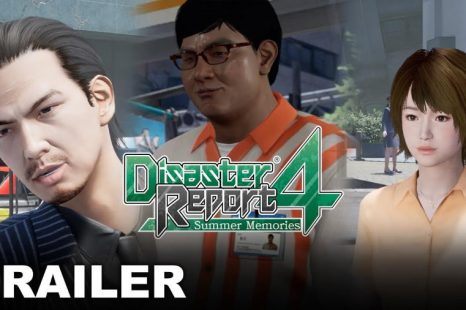 Get a firsthand look at the many characters players will come across in NIS America’s Disaster Report 4: Summer Memories with the latest trailer for the game 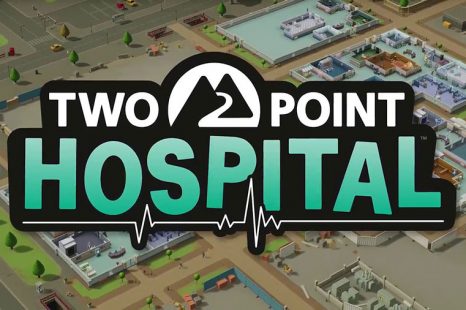 Posted 23 hours ago by Blaine Smith
in News 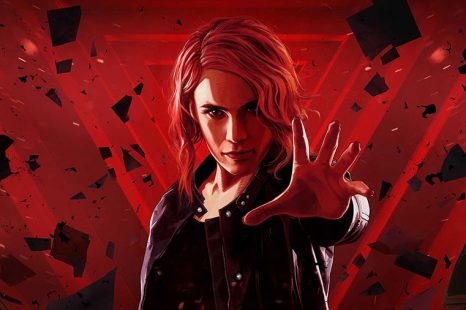 The latest coming out from Gamescom in Cologne sees 505 Games and Remedy Entertainment reveal an exciting new launch trailer for the upcoming release of Control. A brand new cinematic trailer