Colossus Game Studio takes players to the far reaches of space with their new shmup Super Rebellion. With support for two player co-op, tons of bullets, and a 16:9 format, does this shooter have what it takes to stand out in the space?

In the far off year of 203X, alien forces have taken over earth and “slavered” the human race. However, the humans are taking a stand, and are fighting against the “aliens spaceships” in an effort to save humanity. The poor art and rampant typos show how little effort went into its design, but this can be forgiven due to how insignificant the story is in the long run.

What isn’t forgivable is how bland this shmup really is. Using the arrow keys and the “Q,” “1,” “2,” and “3” buttons, players must pilot their ship in a vertical format as they blast away alien ships both big and small. This is one title where laying on the fire button is the best strategy – there is absolutely no strategy in this title, so relentless action is the way to go. There were times where we just held down the Q key and let the alien forces do their song and dance, taking down multiple foes without a single scratch to speak of. Even if one were to die, a number of continues and a lack of penalties make it easy to fight on. Your ship is fairly nimble as well, and the added real estate that comes with a 16:9 format as opposed to a TATE one allows players to easily move around the screen.

Most levels just have a set amount of enemies do a scripted pattern, albeit one with a rain of bullets. Though players have a health bar, it can easily be wiped out due to a rogue enemy. This is fine for basic foes, but bosses feature patterns that will instantly kill with almost no chance of recovery. It just doesn’t seem fair when a giant laser quickly scans the screen and takes you out before you can even react. The only way to succeed in these bouts is to know full well what’s going to happen in advance, which feels cheap when all is said and done. 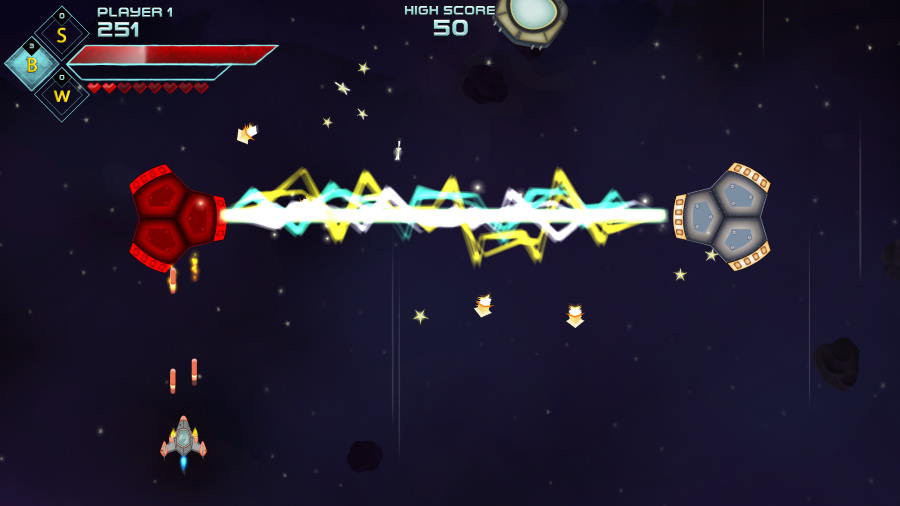 To aid you along the way, players can net power-ups that grant additional firepower, bombs, and shields. These boosts are rare, and though they are welcome, they do not turn the tide of battle enough to warrant their use in the long term. As a result, they feel more like an afterthought than a core mechanic.

It’s not like this game is the longest around – we were able to finish up its handful of levels in around an hour. There are some achievements to be had and ships to unlock, but this title simply does not have the lasting power of its peers.

Super Rebellion is the dry white toast of the shoot-em-up world. The bullets and space motif are present and accounted for, but there is absolutely nothing here that differentiates it from the countless other shmups on the market today.

This review of Super Rebellion was done on the PC. The game was purchased digitally. 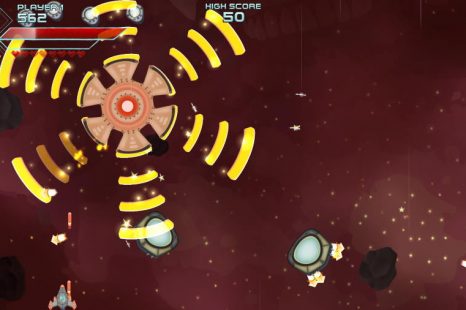 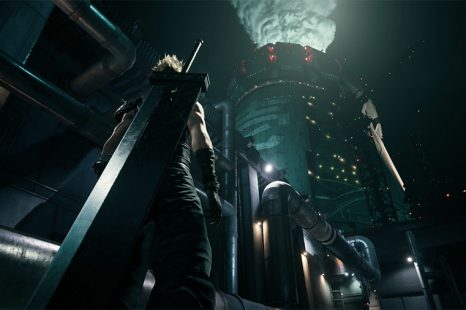 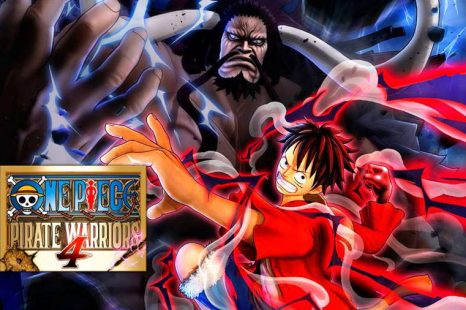 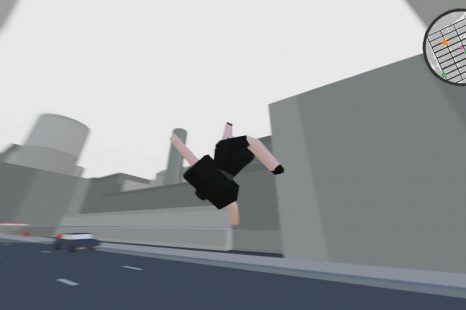