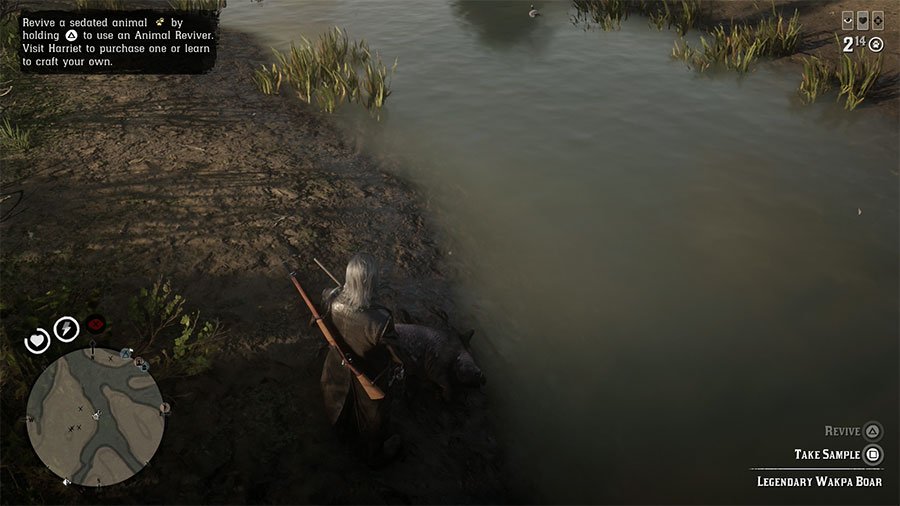 Legendary Animals can be tough to track down. You can use the pheromones but they do not spawn animals, they simply tell you if one is nearby. Not worth the $20 a piece. As with all firearms, when using the sedation ammo, you want to aim for the head. After enough shots a notification will appear saying you have sedated the legendary animal.

Warning: There are likely multiple spawns for each Legendary Animal and the respawn rate appears incredibly slow. It’s difficult to be certain, as there are a lot of players hunting them down, but we camped out the Legendary Boar spot for a good couple of hours and it didn’t respawn. If you’re likely to get frustrated chasing these down, I would wait until non-peak times or even give it a few days.

If you approach a Legendary Animal and you’re too slow to sedate them, they will run away and despawn, so be quick.

Where To Find Legendary Boar (Wakpa) 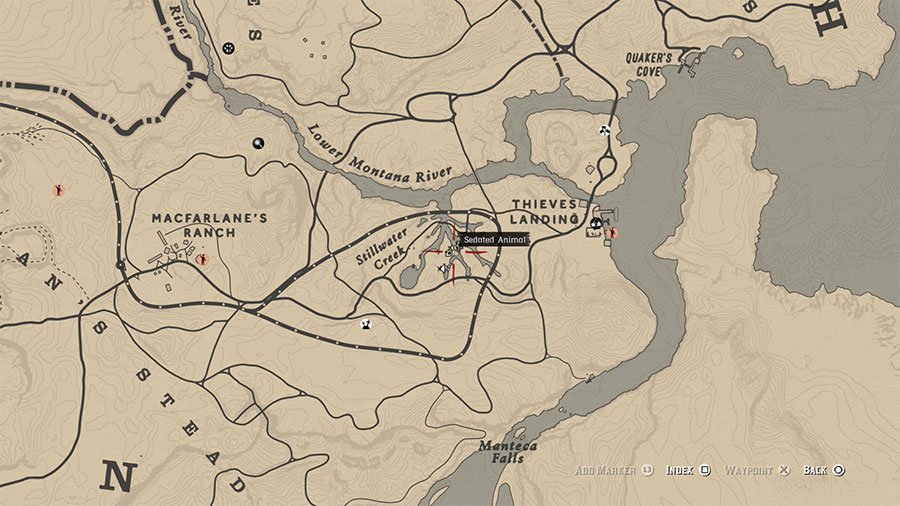 The Legendary Wakpa Boar sample sells for $13.50 and awards you with 200 Naturalist Experience Points. Was found during the day, normal weather. 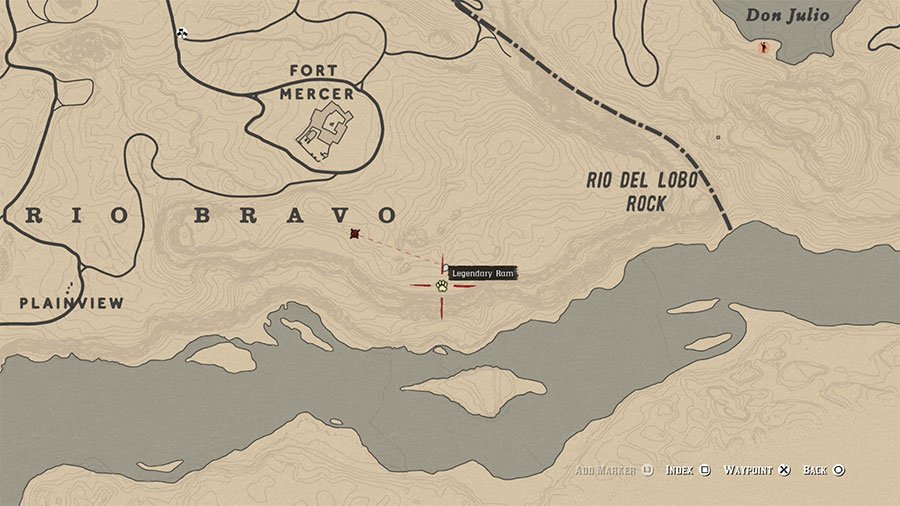 The Legendary Ram sample sells for $10 and awards you with 200 Naturalist Experience Points. Was found during the day, normal weather.

Where To Find Legendary Beaver (Zizi) 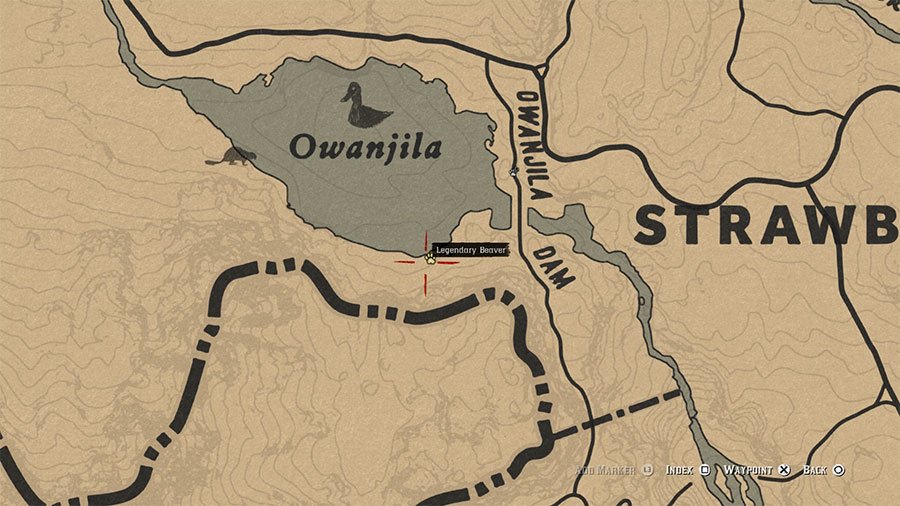 We’ve found the Beaver three times, all three times the spawn location was different, but they were all on the shores of the lake.

We know this is a very limited listed but hopefully it’s at least somewhat helpful for these three. We are working on the guide right now. We have checked every location on the map but found nothing, it could be due to other players, weather conditions, there’s a lot we don’t know yet. We’ll be updating this soon. 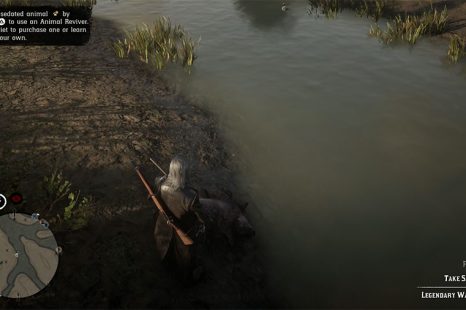 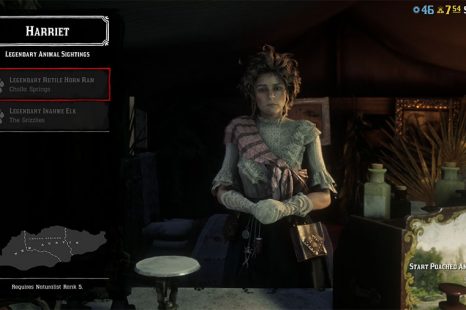 How To Increase Naturalist Rank In Red Dead Online

Harriet Davenports first missions require you to be level 5 Naturalist. This guide on How To Increase Naturalist Rank In Red Dead Online will cover the basics of the Naturalist Frontier Pursuit so 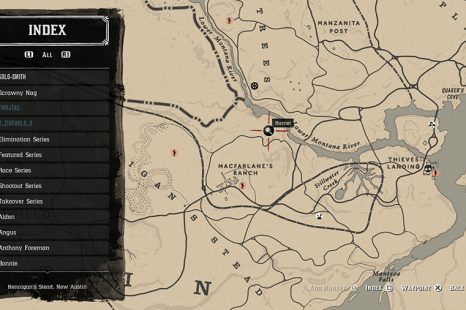 Where To Find Harriet In Red Dead Online

You need to buy a Sample Kit from Harriet in RDO to unlock Naturalist. If you’re curious on Where To Find Harriet In Red Dead Online we’ve got you covered, as the initial quest sees your character 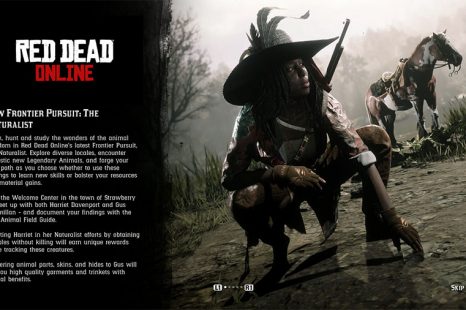 How To Unlock Naturalist In Red Dead Online

The latest Frontier Pursuit, The Naturalist, is now available in-game as of today’s update. This guide on How To Unlock Naturalist In Red Dead Online will tell you everything you need to know to get