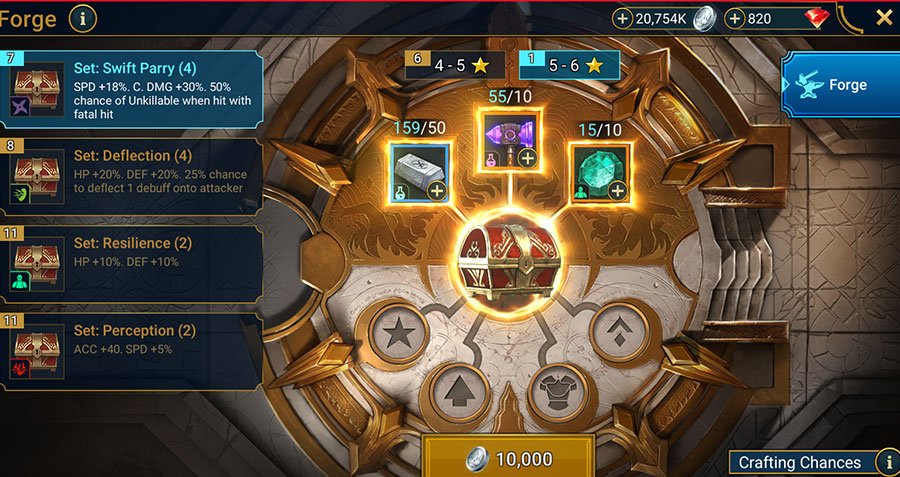 The brand new Forge offers players the opportunity to make powerful new gear sets. This Raid: Shadow Legends Forge Guide breaks down the basic components of the Forge system in the new Raid update, so you can get to creating custom, high end gear with sub stats that you choose.

The Forge update introduces Swift Parry, Deflection, Resilience, and Perception sets, all of which are very viable for all forms of content across the entirety of Raid: Shadow Legends. There are several components to the Forge that you need to understand if you want to create the most powerful gear. Be sure to check out our Raid Shadow Legends Charm guide as well. 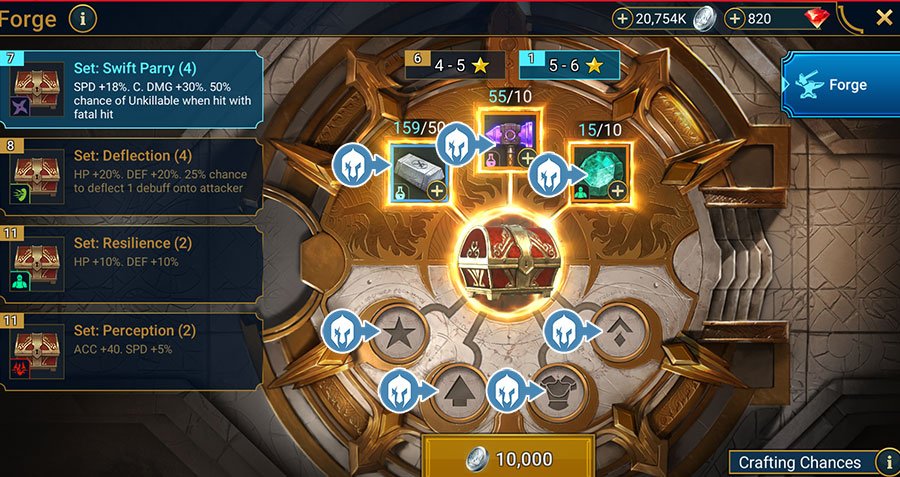 The top three components are for materials. These change depending on whether you want to make 3, 4, 5 or 6 star gear. The higher rank of item you want to create, the more rare the materials you will require. You can find all of the components across various parts of the game such as Events, Tournaments, Arena, Tag Arena, and Faction Wars. Once you have the required materials, the exciting stuff starts.

Looking at the bottom 4 components, from left to right. The first section is for Rank Charms, these double the chance of achieving the highest rank. Whenever you craft an item, it is always one of two ranks. For example, a 5-6 star item will be either rank 5 or 6. Using the Rank Charm doubles the chance that the item will be the highest possible rank, so a 6 star in this case.

The next section, the arrow, is for Rarity Charms. This influences the Rarity of the item. Uncommon, Rare, Epic, and Legendary. Using a Rarity Charm doubles the chances of receiving higher rarity items.

The next section, the suit of armor, is for Type Charms. These influence the specific type of equipment you can receive. For example, using a Weapon Charm in the Type Charm slot doubles the chances of receiving a weapon from the final result.

It’s going to take some experimenting to find the initial rates of certain outcomes but for now, this is everything you need to know to experiment and create new weapons and armor in the Forge.