The creative mind behind the foundations of the critically acclaimed X-COM franchise, Julian Gollop returns with his new studio Snapshot Games to deliver its spiritual successor: Phoenix Point. This title has grand plans to deliver the challenging strategic combat made famous by the X-COM series alongside in-depth character progression, conflict on a global scale, and all-new story. Does it match up to its more experienced predecessor?

Phoenix Point centers around several factions fighting for control and survival as an extraterrestrial virus, known as the Pandoravirus, spreads through a mysterious mist, mutating animals and humans alike into deadly abominations with claw, pincers, mandibles, mind control, and everything in-between.

You front an elite squadron in the Phoenix Project. Once a trusted global organization that was shunned into secrecy, it now consists of a few cells of the bravest and brightest humanity has to offer. Faced with the extinction of the human race, you’re tasked with uniting the factions, defeating the alien threat, and learning the fate of the rest of the Phoenix Project. Sounds simple enough, right? 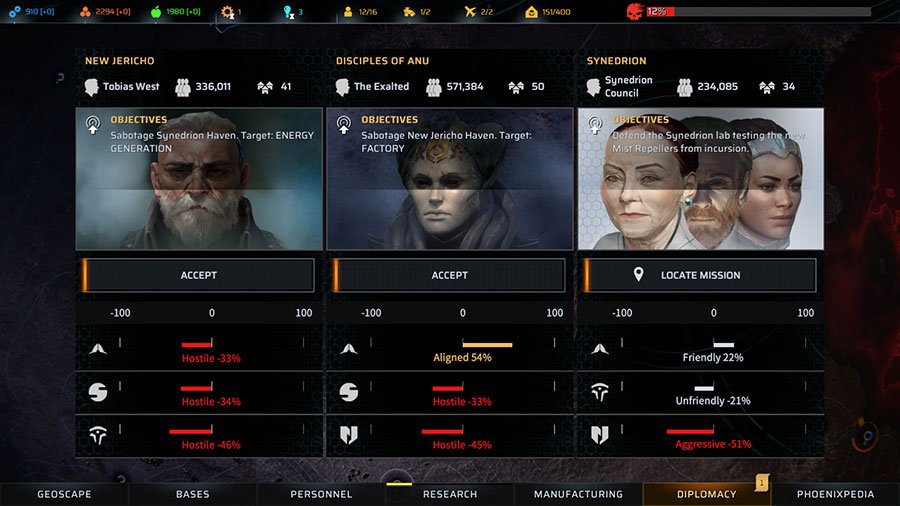 Each of the different factions in Phoenix Point tackle the impending threat from different perspectives. The Disciples of Anu are a cult-like faction that believe the developing of human-alien hybrids is the best way for humanity to survive, the New Jericho faction are your typical military response to a large-scale threat (nuke it from orbit), and the Synedrion are a technically advanced group of radicals.

The factions are interwoven into the narrative and the core gameplay mechanics, making them a vital aspect of the Phoenix Point experience. Events occur throughout the game that will test your loyalties to each faction and provide questions that test your morals. Players will be able to traverse this minefield following a different route each time. For my initial playthrough, I decided to work alongside New Jericho and Synedrion, but objectives and events arose that saw the two enter all-out war. What began as a mutually beneficial relationship that had us sharing aid and technologies descended into a war on multiple fronts – and that’s ignoring the constant threat of the mist. 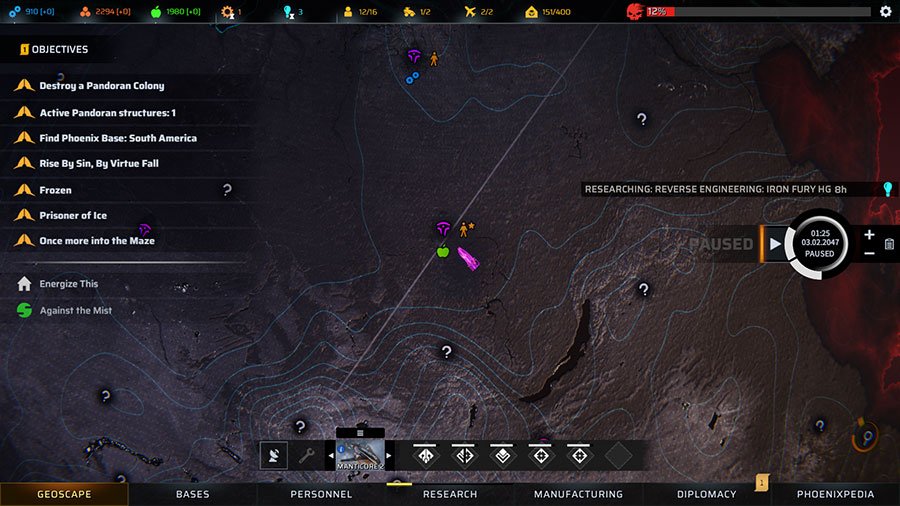 The Geoscape is dynamically generated each game. Although it’s still Earth, the events, locations, and challenges you face change. In the early hours of the game, you’ll be using your single aircraft to transport troops to find resources, defend allies from invasion, and continue to uncover the secrets of the alien invasion. As time passes, the Pandorans become more aggressive, the mist travels further inland, and resources become scarce. It gets real tough, real fast. Towards the end of the game, I was managing four aircraft and nearly 20 different soldiers, each of which has their own character progression, equipment, and customization options.

For players unfamiliar with the X-COM franchise, Phoenix Point’s Geoscape could definitely become overwhelming. It’s not uncommon to be tracking down six to seven different objectives, all the while reacting and responding to an ever-changing and evolving threat. While this sometimes creates an exciting feeling of urgency, more often it’s frustrating as you struggle to reach a distant objective without constant interruptions, made worse by the difficulty of finding new Phoenix Bases that act as a healing and recovery center for your troops. 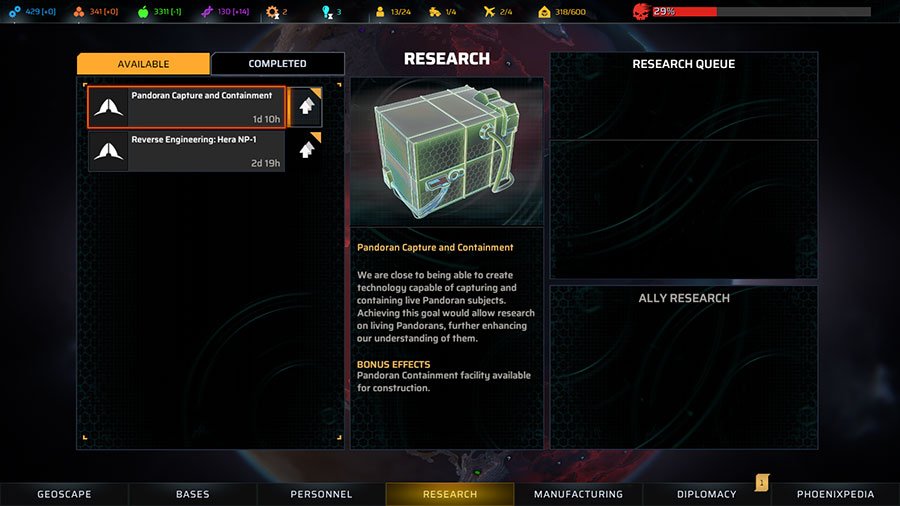 Thankfully, there’s always the option to pause the entire thing, catch a breath, and dive back in. While it appears chaotic on the surface, Phoenix Point’s Geoscape is a test of strategic thinking. Balancing resources, prioritizing important research, developing new weapons and technology to combat a new alien mutation – it’s hard work, but incredibly satisfying. Spending a couple of hours with your most decorated squad, customizing names and appearances, and outfitting them in the latest technology you stole from another faction provides a rewarding time. Just don’t become too attached.

The strategic combat of Phoenix Point is every bit as brutal and unforgiving as X-COM. A single mistake can result in the death of your favorite soldier, or your entire team – it really is that tough at times. In addition, there’s a fantastic variety of enemy units. These include traditional grunts that duck behind cover to take shots as your snipers, enemies that can take control of your soldiers minds and turn them against you, and this giant beast that looks straight out of a Lovecraftian novel pooping alien face huggers that dominate your best units. Discovering new enemies is every bit as exciting as difficult.

The backbone of X-COM remains in Phoenix Point, the combat focuses around taking cover and carefully spending points to complete various actions. Movement, shooting, using special abilities…all are carefully tied to an economic combat that is constantly growing and evolving throughout. Initially you’ll rely on good ol’ fashioned military tactics, taking cover, sniping from afar, pushing your front line of heavy weaponry ahead, but as the game progresses it adapts a more complex direction. 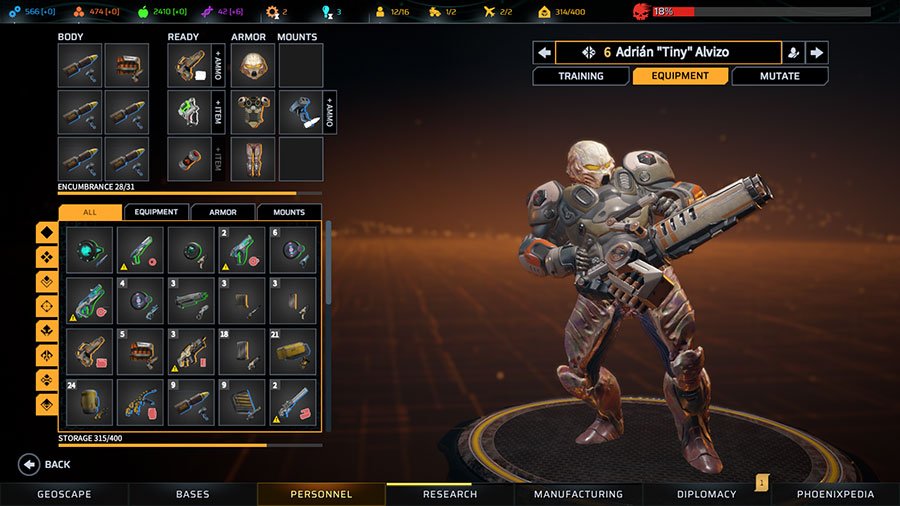 Soldiers can be customized with a number of classes, each proficient with certain weapons and abilities. As they level up, new abilities can be earned, offering entirely new tactics to deploy on the battlefield. Phoenix Point constantly feeds you something new and exciting to try. A new vehicle, a new alien mutation to give to a soldier, a new technology stolen or traded with another faction… it’s a rewarding venture from start to finish.

I thoroughly enjoyed my inevitable failure of a campaign on my first run-through, but subsequent attempts at driving back the mist did start to reveal a few holes. Once I began to understand how technology advancement and weapons worked, I discovered I was able to obtain the best weapons and abilities very early in the game, removing that rewarding progression that made the game so hard to put down.

Certain aspects of taking cover and shooting that I failed, originally blaming lack of experience, actually became clear as actual problems. Bullets were hitting targets but doing no damage, ricocheting off terrain that was clearing out of shot. It doesn’t happen often, but in a game where a single mistake can be absolutely devastating, it’s definitely a concern. 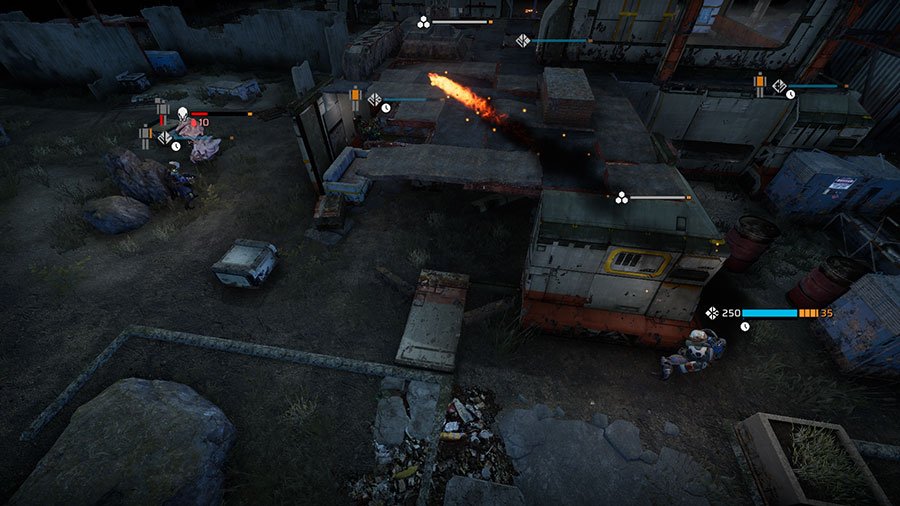 Phoenix Point is a collection of fantastic new ideas installed on the solid foundations of the X-COM franchise. While it lacks the content to offer the replay value of the more recent X-COM games, it’s still a great game that will test your strategic mettle to its very limits.

This Phoenix Point review was completed using the PC version of the game. A digital copy was purchased via crowdfunding support. 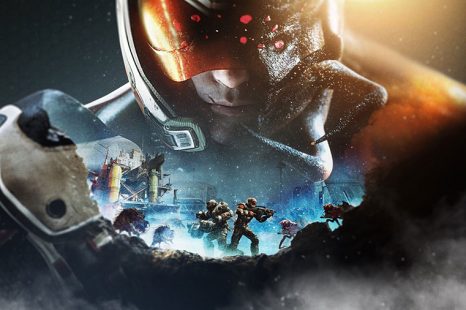 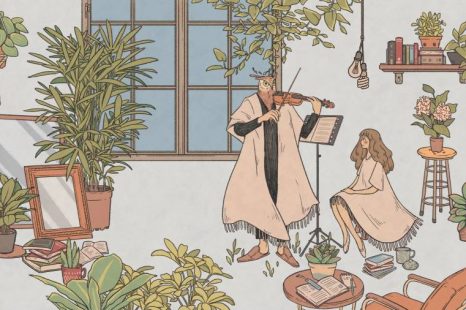 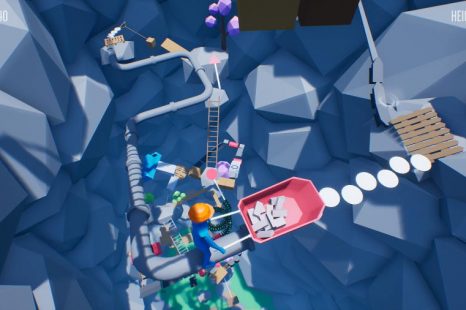 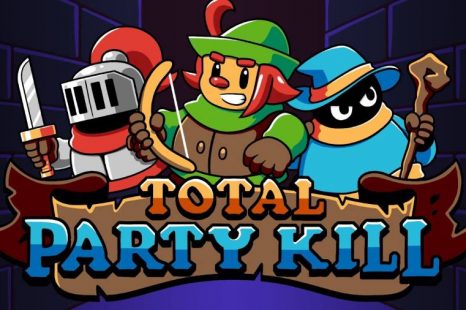