Sony’s long-standing DualShock design is a staple of the PlayStation brand, but it’s not the only design on the market. Microsoft’s asymmetric approach has long been a point of controversy between the two corners of the gaming camps, but Nacon’s Asymmetric PlayStation 4 Controller looks to offer the best of both worlds.

I should probably mention that I’m a PlayStation guy, and I have been since the original release of the first PlayStation. That being said, I’m not affront to the wonders of Xbox either, having had an amazing time with the recently released absolutely badass Gears 5. However, my choice of console is based entirely on the game selection available, I’ve always felt more comfortable using the asymmetric design usually associated with Xbox.

So you can imagine my delight at receiving a product that worked both for my console of choice, and with my design of choice. Nacon’s Asymmetric PS4 Controller has some odd quirks and design choices, so let’s dive into it.

Straight out of the box, Nacon’s latest product features a sleek design and a high quality finish. It’s slightly heavier than Sony’s DualShock 4 controllers, and slightly lighter than the traditional Xbox One controller. A matte finish does cheapen the visual design slightly but that’s more a personal preference than a flaw. Playing around with the pad in my hands felt great; it doesn’t have that hollow, plastic feel that’s present with a lot of its competitors, and the buttons all fit perfectly in my natural resting posture.

Setting up Nacon’s Asymmetric PlayStation 4 controller is simple. You plug in the provided USB device into the PlayStation, sync it up with the controller, and you’re good to go. Wait, a USB stick? Here’s where we get to one of the more bizarre features .

The controller supports both wired and wireless play out of the box, but it requires a USB stick to work with the PlayStation 4. If you’re anything like me, USB real estate is a valuable commodity so this could definitely be a concern when purchasing the product. Initially, I was not a fan. I already have two charging docks plugged in to the front of my PlayStation 4, both docks supporting two controllers at a time, and I wasn’t overly eager on losing the ability to charge two controllers just to play with one.

However the dual functionality of the device quickly became one of its best selling points. As well as using the controller on the PlayStation 4, the process to linking it directly to your PC is much of the same. I had already purchased an Xbox One controller for my PC, but had I not, this would have been fantastic value. Having my preferred pad design, support for my main console, and as an option for the PC, at this retail price it’s a bargain. 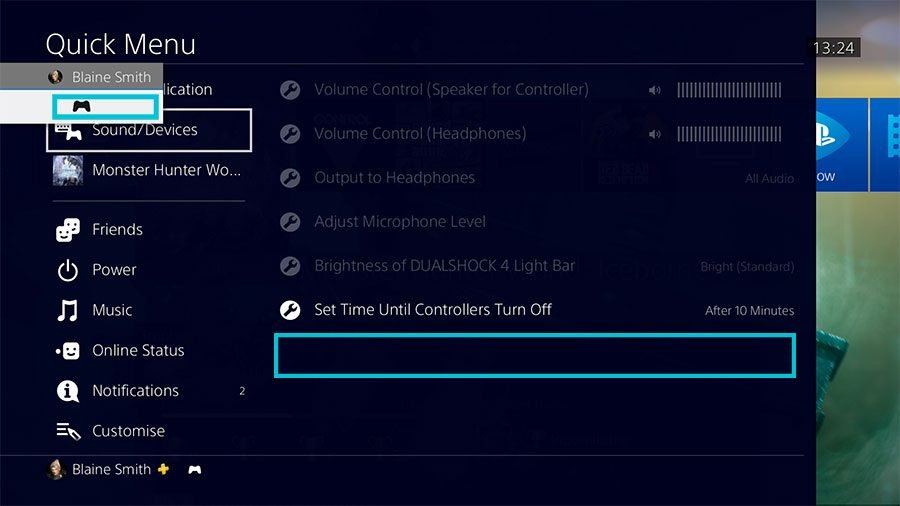 There are a few features that help reduce the impact of its lack of integration with the user-interface. You can check the power of the controller via a button on the rear, and turning it off is as simple as holding the PS button for a few seconds, but it still feels like an odd oversight in the design.

For me, Nacon has easily replaced my original DualShock 4 as my go-to for all things PlayStation 4, but for others, Nacon’s Asymmetric PlayStation 4 Controller could be a mixed bag. It’s a high-quality item with a great feel and durable design. I’ve tested the product vigorously for over 150 hours and no signs of wear or damage. Which is already performing better than my last official PlayStation 4 DualShock purchase. However, a lack of support with PlayStation’s minor quality-of-life features may limit its appeal. If you’re looking for an asymmetric alternative to a DualShock pad while also grabbing a solid PC controller, this is the perfect purchase, but if that niche combination of features doesn’t appeal, it’s probably best to stick with what you know.

A physical product was provided by the distributor.