How To Open Vestige Bank Vault Safe In Borderlands 3 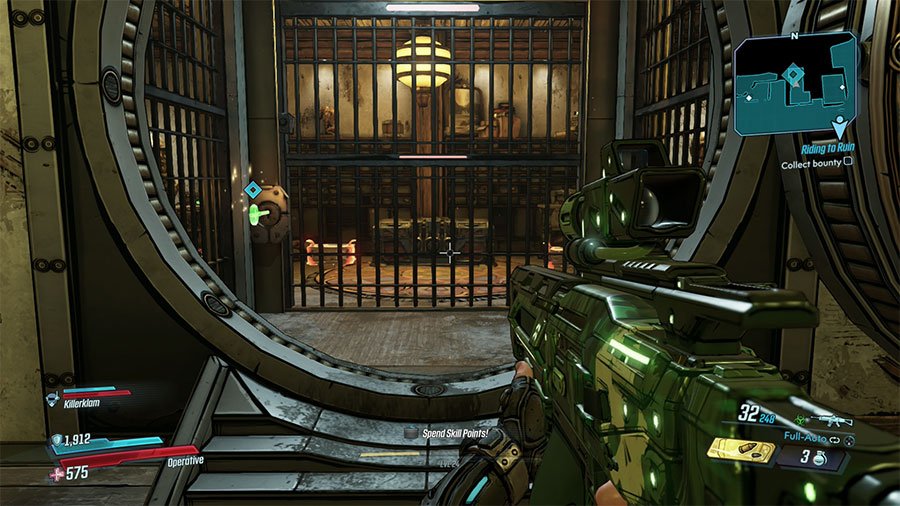 Vestige, in the Bounty of Blood DLC, has a locked gate behind the vault in the bank. This guide on How To Open Vestige Bank Vault Safe In Borderlands 3 will tell you what you have to do in order to open the gate blocking all of the loot locked away inside.

When you first arrive in Vestige, in the Bounty of Blood DLC, there are several shops that are closed. As you progress through the story completing side quests, different characters you encounter will return to town. Some of them set up shops, others simply add more items that you can loot like additional chests and driers. The bank, however, is there from the very beginning of your adventure and if you’ve already explored Vestige fully, you have likely opened the vault only to find yet another layer of security with a metal gate barring the entry to all of the loot.

How To Open Vestige Bank Vault Safe In Borderlands 3

Opening the Vestige bank vault is a very simple, albeit time consuming task, you must complete the game. The Bounty of Blood DLC is the latest update with the Season Pass for Borderlands 3. Even if you don’t have a character the game will allow you to create a level 15 character and immediately jump into the DLC content. It can be quite challenging with the base gear and abilities, but it’s very possible to breeze through the game in a decent nights play.

At the end of the story, when you have completed the goal and are set to obtain your bounty, you will be given a key. At this point you can take the key to the Vestige Bank and use it to open the gate that is sitting behind the vault. I don’t want to spoil the end of the story but it’s after you defeat the antagonist and return to Vestige. You cannot miss the key, it’s immediately after you watch the credits after finishing the storyline for the DLC.

The post How To Open Vestige Bank Vault Safe In Borderlands 3 appeared first on GamersHeroes.