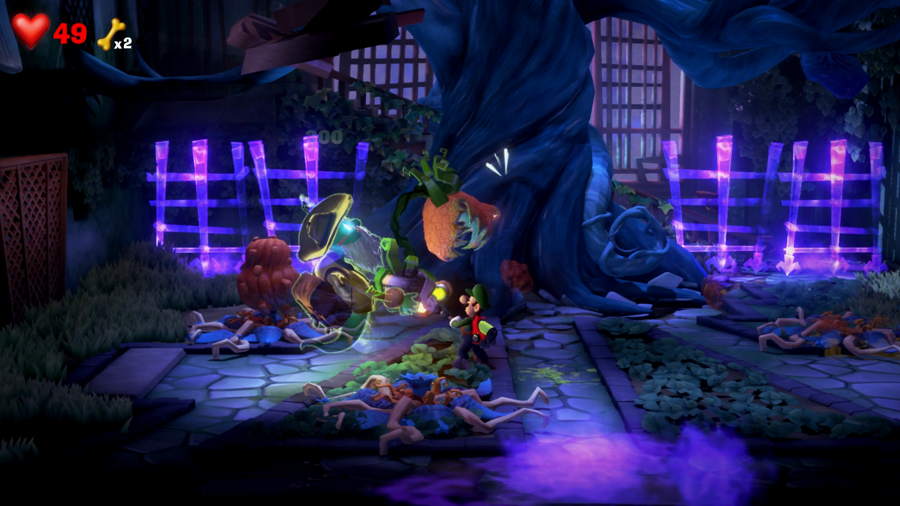 The Garden boss on Floor 7 of Luigi’s Mansion is one of the more tricky battles in the game. Check out this guide to find out how to beat the floor 7 boss in Luigi’s Mansion 3. Once you figure out the trick it is a simple fight.

How To Beat The Garden Boss In Luigi’s Mansion 3

To beat the Garden boss you should learn its pattern first. It will do a bite attack from up above first, followed bu a lunge attack or a swipe attack. You need to dodge the bite attack from above and then run to one of the fully grown plants in the area. The idea is to get the plant to lunge attack the large orange plants and get him stuck for a few seconds. When the boss is stuck, grab the saw with your vacuum and proceed to cut the stalk of the plant. You can get it done in one shot if you are quick enough. You will have to do this three or four times before you completely drain the bosses hp though. When he is low on hp, 25% or so, the plant will rage a bit more and change attack patterns. For me, it did three swipes followed by the lunge attack and I was able to catch it then. When the boss is dead, use the watering can on the vine plant to get your elevator button.

The post How To Beat The Floor 7 Boss In Luigi’s Mansion 3 appeared first on GamersHeroes.