Hit It or Quit It – Second Hand: Frankie’s Revenge 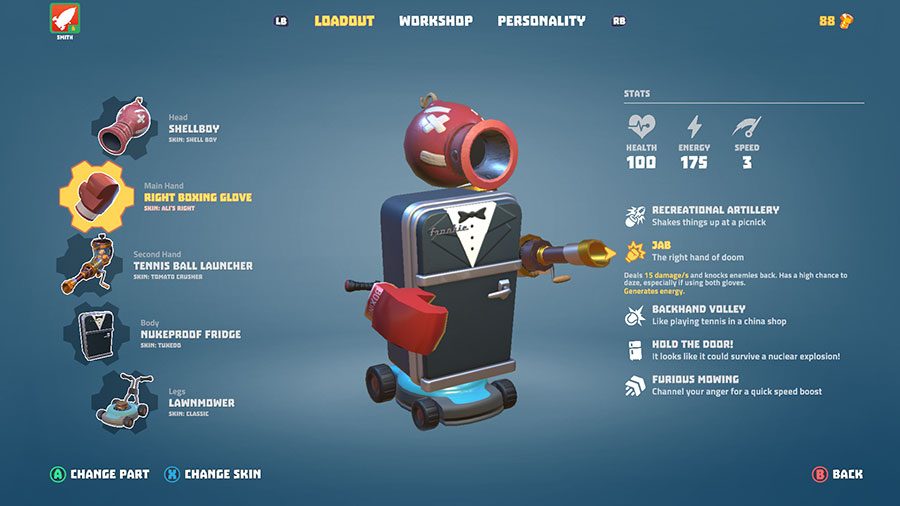 Second Hand: Frankie’s Revenge is an isometric twin-stick shooter that tasks players with constructing robots from basic household appliances and taking the fight to the bad guys in frantic 1-4 player co-op action. Does Frankie stand a chance in the vast ocean of Early Access, or is this one title destined for the scrap heap?

While Second Hand: Frankie’s Revenge comes with all the bells and whistles of customization, twin-stick shooters live and die by the quality of the combat. Using a myriad of different weapon combination options, players dispatch of various mechanical foes using heavily customized trash robots, built from the ground-up using household appliances and gadgets. The genre itself is simplistic and Frankie’s Revenge capitalizes on that aspect with a basic yet satisfying combat system that’s just as fun with a boxing glove as it is a machine gun. 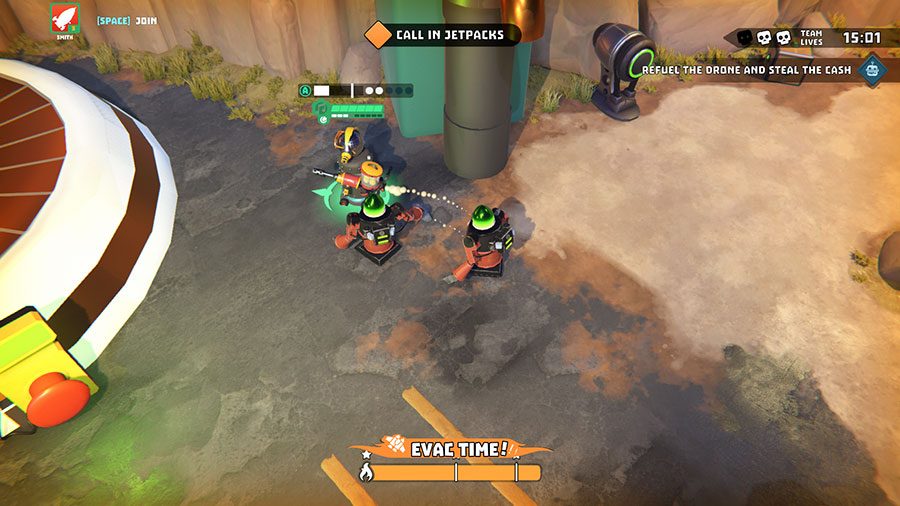 The entire game can be enjoyed solo or alongside friends but it’s clear the game has been designed to encourage the latter. Each level, while simple in design, is creative and intuitive with varying objectives that keep the gameplay fresh and challenging. Certain missions will have you fishing for objectives, while others have you fueling a train-like vehicle throughout the level to destroy the objective at the end. In co-op mode, this offers plenty of fun and excitement for players of all ages. However, when done solo, it sometimes leaves a sour taste. The objectives are simple enough to complete with friends, but when playing alone, they can definitely reach a level of frustration at times.

One of the games most successful design aspects is the option to scale the experience. You can just as easily enjoy hours of robot bashing fun alongside a seasoned gamer on higher difficulties, as you can playing with very young children or those new to gaming. This offers a level of fun and accessibility often overlooked in the gaming space, making it a fantastic title to play with younger members of the family. 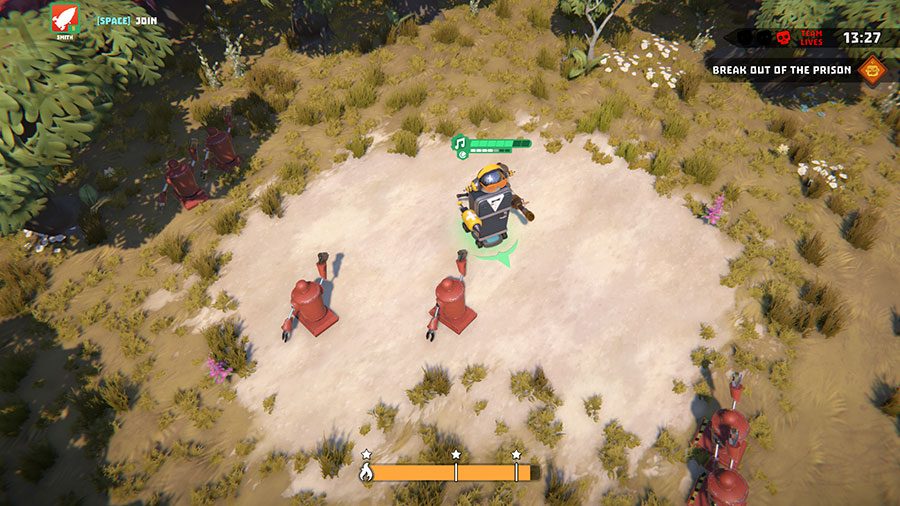 This welcomed accessibility spreads throughout Frankie’s Revenge. Easy, Medium, Challenging, and Hard difficulty options are available, each scaling enemy difficulty and player rewards. This same design approach is featured throughout each level as well. What may be a simplistic task for older players becomes an equally simple but much more rewarding challenge for younger players. Something as simple as having one player defend another while they complete objectives, or one playing a more supportive role with their abilities, it manages to balance these features alongside a game that can be brutally difficult at higher difficulty levels. 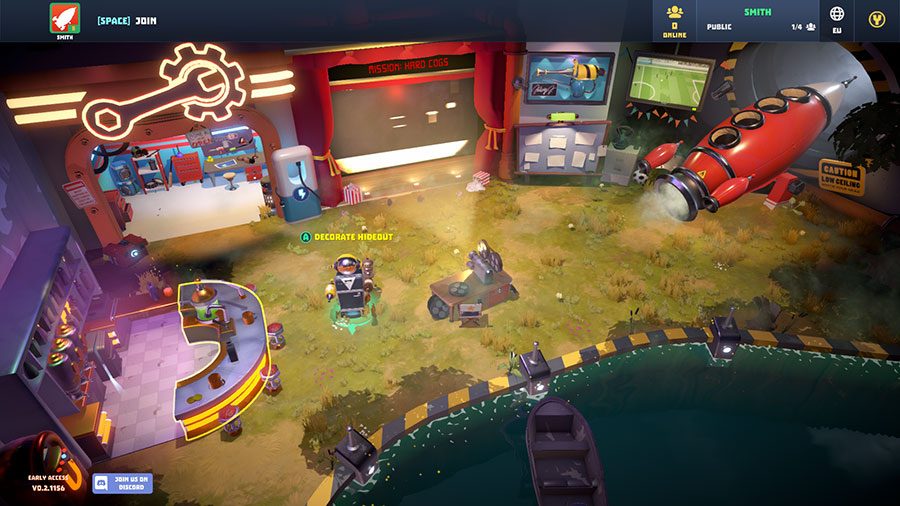 Outside of its intuitive level design and smooth combat, Second Hand: Frankie’s Revenge features a bevy of customization options. Different weapon choices, skins for nearly all weapons and character parts, the ability to customize your hideout and some rewarding loot box mechanics to boot. I’d like to mention the latter is harmless fun, there’s no micro-transactions or unnecessary “surprise mechanics” here.

If there’s a single aspect of Second Hand: Frankie’s Revenge that’s lacking, it’s the content. There is currently only a single complete campaign available, another has most of its levels but it’s not complete, and a third has yet to be released. While there’s lots of skins for each customization option, the game would definitely benefit from more items to find and unlock. However, the game is in a very young stage of Early Access and the foundations are solid. Outside of some very minor connectivity issues, I didn’t encounter any technical issues whatsoever, and there’s more than enough content to justify the current price. 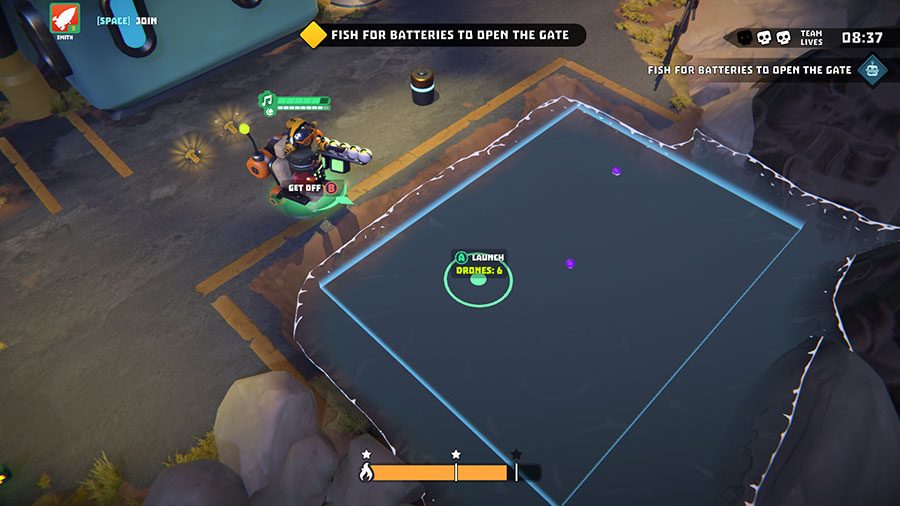 At its core, Second Hand: Frankie’s Revenge is a fun, rewarding and exciting foray into the twin-stick shooter genre. A smooth combat experience coupled with a flurry of customization options and combat styles comes together to create something just fun. Pure, unadulterated fun. While it may lack impact and excitement as a solo game, it more than delivers when playing with friends or younger members of the family.

The contents in the article above are the thoughts and opinions of the editor on the date of publication. Early Access games evolve and change through development. The editor played Second Hand: Frankie’s Revenge via the Steam client, a digital code was provided.

The post Hit It or Quit It – Second Hand: Frankie’s Revenge appeared first on GamersHeroes.