Heading to GDC With a Mobile Game? Let’s Meet Up!

HomeHeading to GDC With a Mobile Game? Let’s Meet Up!
admin
Uncategorized 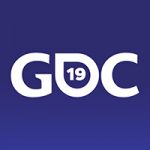 I was talking to a bunch of different iOS developers this weekend surrounding what they’ve got going on at GDC this year to figure out which sort of sessions, panels, and parties they’re prioritizing and one major grump has come up: Without TouchArcade there in an official capacity, there’s no one in the media taking appointments for mobile games. Well, my last full-time day at the site is this Friday, but after so many folks have reached out about this… I’m going to do everything I can to see as many games as I can make time to see, and ferret all that info back to Jared and the rest of the TouchArcade team.

If you’re headed to GDC and have a new mobile game, old mobile game, or anything else noteworthy to talk about in between, please either fill out this Google Form or shoot me a DM on Twitter. My GDC is going to be pretty weird as UBM reached out to me late last year to get help on building my dream list of talks and panels I’d like to see at the show, and they added a bunch of them… So, it only seems fair for me to attend those, but I’ll carve out as much time as I can otherwise to meet with developers who reach out, so don’t be a stranger.