Google Is Up to Something in Gaming at GDC

HomeGoogle Is Up to Something in Gaming at GDC
admin
Uncategorized 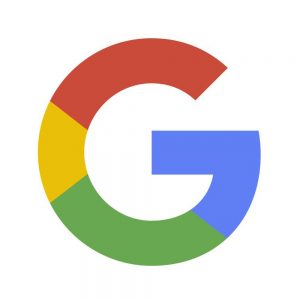 Invites for Google’s GDC Keynote, which will be held at 10:00 AM on 3/19/19, went out this morning to a bunch of folks in the gaming media. This has led to loads of speculation as to what they’ll announce, as there has been loads of rumors (some much more solid than other) circulating. The speculation I personally find to be the most reasonable involves Google having some massive announcement surrounding Project Stream, which is what their not-so-secret Project Yeti was officially revealed as late last year. Basically, Project Stream is an OnLive-like game streaming service which will both lean heavily on Google’s existing services like YouTube along with either a piece of companion hardware or some sort of viewer app that could work on basically every reasonably modern Android-powered smart TV. From there, it’s only a few small logical leaps to assume all this stuff could eventually come to mobile devices.

For the initial test of Public Stream, Google made Assassin’s Creed Osyssey playable inside of a Chrome web browser:

Stepping back a bit, this makes a ton of sense, and it feels like all the pieces are moving into a place where the hardware you’re actually playing games on becomes totally irrelevant. It’s not like this suggestion is some far-fetched Sci-Fi future either, as OnLive was doing this, on the first generation iPad, nine years ago:

Lots of folks raised their eyebrows at Microsoft pushing to make Xbox Live cross platform, but perhaps they see the writing on the wall too. As internet connections get better, and as latency improves, there’s very few reasons remaining for you to actually do all the processing to run a game locally versus just playing it on some cloud platform.

Hell, I play a ton of games on my PC, and pretty much just budget to spend around $1,000 every couple years on a new video card. If that stops being a thing, and all the games I like are just streamable with latency comparable to being rendered locally? AND if that same stream works on everything I have from my PC to my TV to my phone? Man, that is an awesome future. I guess we’ll see what happens at GDC.