Sucker Punch steps away from the Infamous series to try out something new with the release of Ghost of Tsushima. Was this the right call, or should they have stuck with their time-tested superhero format? Check out our review and find out.

Ghost of Tsushima starts with the samurai of Tsushima attempting to stop the Mongol invasion. 80 samurai bravely ride off to face their foes, and inevitably fall to the overwhelming forces of Khotun Khan. Most of the samurai fall in the battle, but the character you control survives. Jin Sakai is the nephew of the current lord of Tsushima, Shimura. Lord Shimura is captured by the Khan, and you are rescued by a civilian who saw the battle.

When you regain your sense and equipment, you have to recruit allies to save your uncle. The lady who saved you, Yuna, offers help if you help her save her brother. She teaches you the way of the ghost, the stealthy manner which is despised by samurai culture. Reluctant to stoop to such levels at first, Jin quickly realizes the only way to beat the Mongols is to change his tactics. While the main story is roughly 20-25 hours, there is easily an additional 15 hours or so in side content to be discovered. 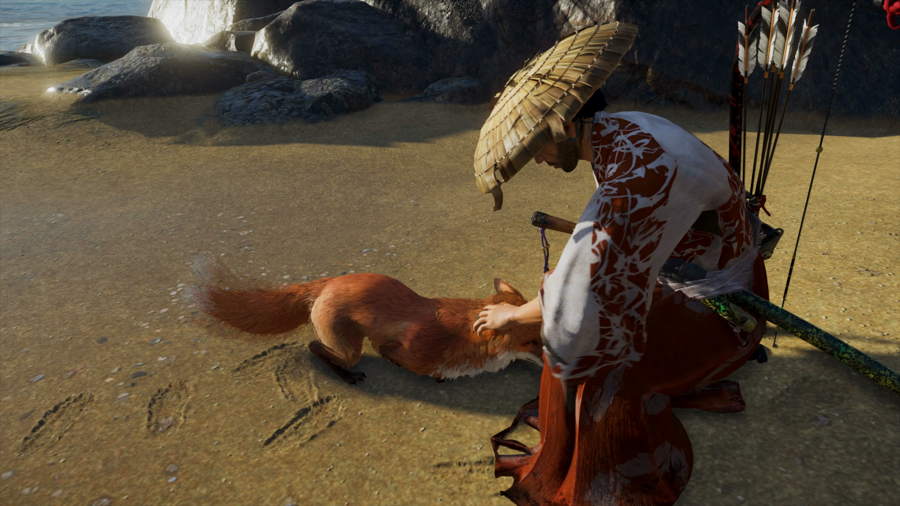 Ghost of Tsushima doesn’t reinvent the wheel when it comes to open-world games. You have outposts to take over, shrines to find, materials to gather, side quests to find, and plenty of other options littering your map. However, with all that being said, Tsushima is a beautiful place to explore, and I never got bored as I generally would in a game like this. It might have been because of how the waypoint system works, or because everything felt so natural in the game.

The game guides you via the wind as opposed to traditional waypoints. You can turn on waypoints if you are struggling, but the wind system worked exceptionally well for me. The streaks of air, bending branches, moving flowers, and flowing leaves direct you to where you need to be. You will often run across a fox, bird, or some other side event along the road during your journey. That is what I mean by natural; it all flows and connects without much effort. Very few games deliver this level of authenticity within their worlds.

Exploring is excellent and all, but let’s get to the meat and potatoes: the combat. As a samurai, you will use your katana to slice down enemies quickly and efficiently. This is heightened by the Stand-Off feature, which gives you a chance to kill a few enemies in one shot at the start of a fight. Perfect timing and parrying are the backbones of both your offense and defense. While enemies drop quickly, Jin falls just as quickly. Early on, you can die in two hits if you don’t pay attention. As you get stronger you can take more hits, but being hit is always dangerous, even with higher HP.

Another feature of the samurai combat mechanics are its stances. Stances are used to help you break through the guard of your enemies. If you break their guard, they are stunned and become open to your attacks. You gain four stances total, and each counters a specific enemy type. One on one, it is easy to pick a stance and blow your target out. Rather, it is when multiple targets are coming at you that the system shines. Switching is fluid and quick, and you can jump between enemies in a flash while switching stances. Just be prepared to stumble a couple of times while getting used to it. 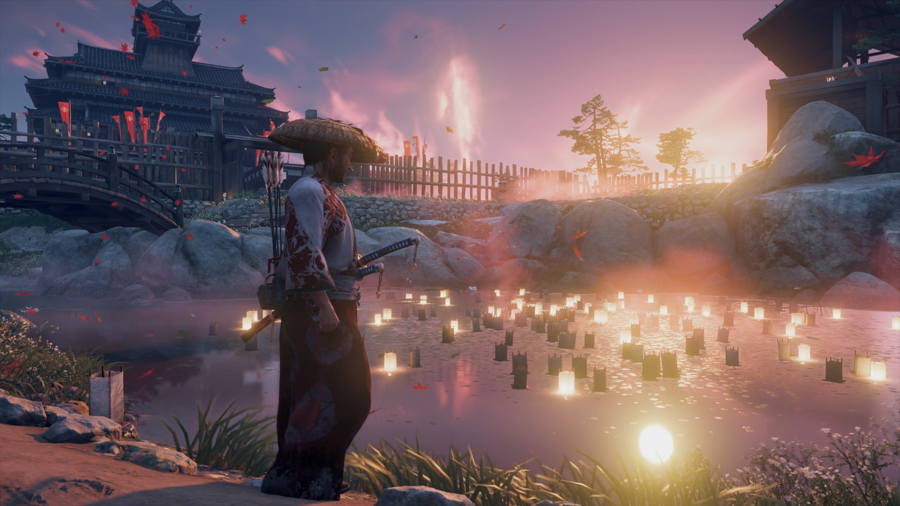 For those who prefer using a stealthy approach, we have the Ghost combat mode. All things considered, Ghost mode is pretty broken. You get kunai, bombs, smoke bombs, and stealth kills. The game’s weakest point is easily the enemy AI during these stealth segments. Even when you are right next to them, they are blind to you unless you make noise. It wouldn’t be so bad if the screaming guy you just killed alerted his buddy, but they never do. Don’t get me wrong; clearing a whole camp without warning everyone feels terrific, but sometimes it feels a little too easy.

There are also legendary side quests that involve hunting for ancient samurai secrets or gear. The way these stories are presented is some of the best content in the game. It is almost like folklore passed down from generation to generation. Demons, haunted armor, ghost samurai; you name it, it’s here. While these quests are excellent in their own right, the end of them is where the game truly shines – the famous samurai duel.

The samurai duels in Ghost of Tsushima are some of the most intense pieces of combat you will ever come across. You have no access to ghost weapons, and must rely solely on your katana and timing to defeat your enemy. You can go from feeling like a badass Mongol-killing machine to baby’s first samurai game in a heartbeat. These moments are about as close as the game comes to Sekiro in terms of combat, and that is a good thing. The perfect parry to a clean finish feels just as good here as it does in any From Software game. 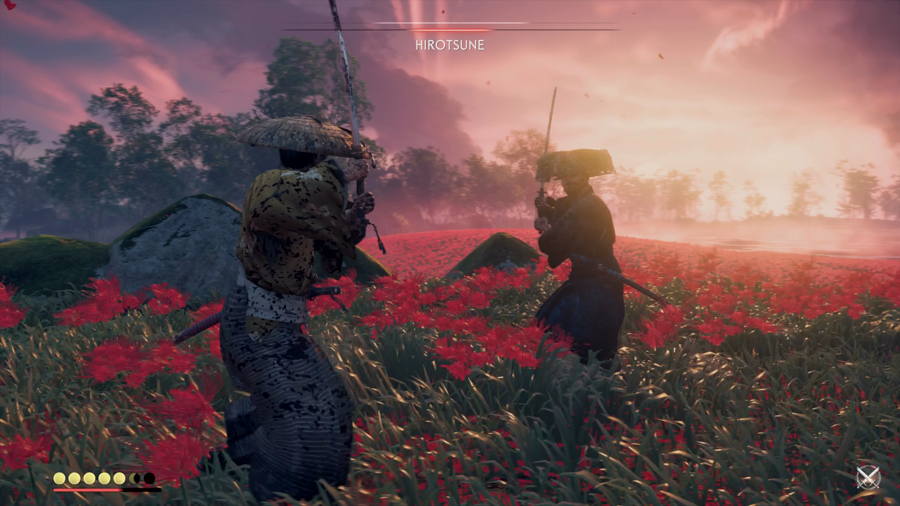 Each of the main characters also gets their own tale that can go on for quite a while. These reveal more about the island, the characters, and even the samurai culture Jin lives in. Sensei Ishikawa missed the Mongol fight, and now hunts down one of his former students. Lady Masako lost her family to bandits and Mongols, and now seeks vengeance. Kenji just wants to make sake, but is caught up in this mess. Everyone has their own tale, and every last one is interesting and worth going through.

Before we wrap up, it is worth noting that you have to be invested in playing as a samurai to get as much enjoyment out of this game. Ghost of Tsushima is absolutely gorgeous, but if you have no affinity for being a samurai, you won’t enjoy it as much as I did. I ran into no bugs, no frame drops, and no crashes. Despite all the stuff going on all over the screen, it ran perfectly on my PlayStation 4 Pro.

Ghost of Tsushima is the best Sucker Punch game to date. Anyone who is a fan of the developer, or samurai games in general, should not hesitate to pick this one up.

This Ghost Of Tsushima review was written based on its performance on the PlayStation 4 Pro. A copy was purchased. 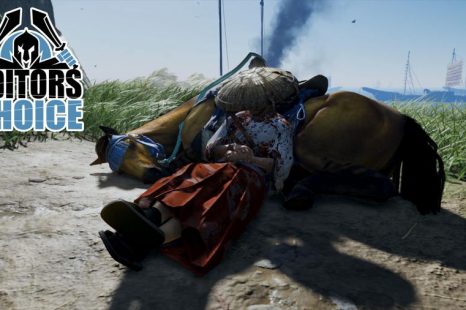 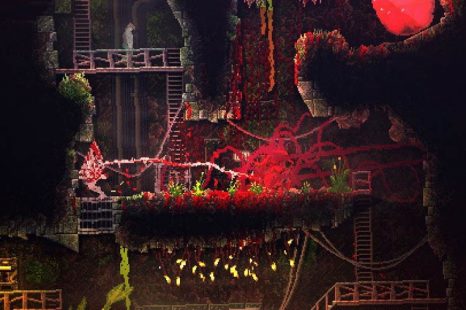 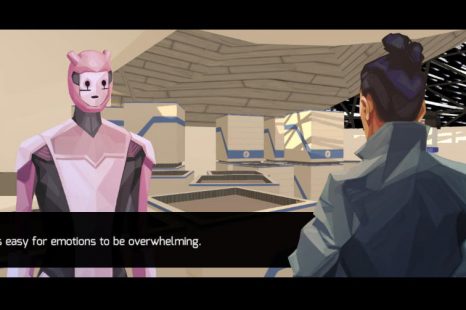 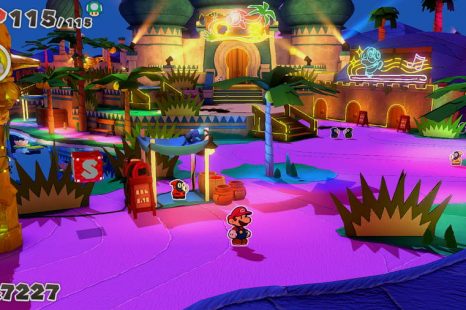 The post Ghost of Tsushima Review appeared first on GamersHeroes.