First Look at ‘Shieldwall Chronicles: Swords of the North’

If you, dear reader, are anything at all like me then you have probably spent time looking at, if not actually playing, tactical RPGs and thought they looked pretty neat. Well, from the recent quality time I have had the opportunity to spend with the upcoming Shieldwall Chronicles: Swords of the North from developer Wavelight Games, it satisfies me immensely to say that tactical RPGs are, in fact, quite interesting indeed.

Featuring methodical combat, unique classes, and an extensive cmpaign, Shieldwall Chronicles boasts hours of gameplay. Most, perhaps even all, of that time will be spent travelling with a band of mercenaries into the northern reaches of Tarren on a quest for fortune. Without too many spoilers, it is safe to say not all goes according to plan as the mercenaries find themselves caught up in an adventure which promises to thoroughly overturn the northern powers.

For those concerned about controls, rest assured that they pose no obstacle. While the camera controls can be a little sensitive, especially on smaller devices; and while some of interactions requiring double-taps are… clunky, and occasionally skip the first tap, neither issue is particularly major. Frankly, the greatest concern at present is compatibility with phones: The UI is overly large, and a number of controls have not been optimised appropriately.

Shieldwall Chronicles is well suited for larger screens, however, and it fits wonderfully (and runs smoothly) on iPads. For iPhones, there is a much more cramped, but still playable, experience. Much better, though, is the cloud saving (currently unsupported by the PC version, unfortunately) which makes switching between devices easy and painless, meaning players are free to play a round now and finish the battle later. 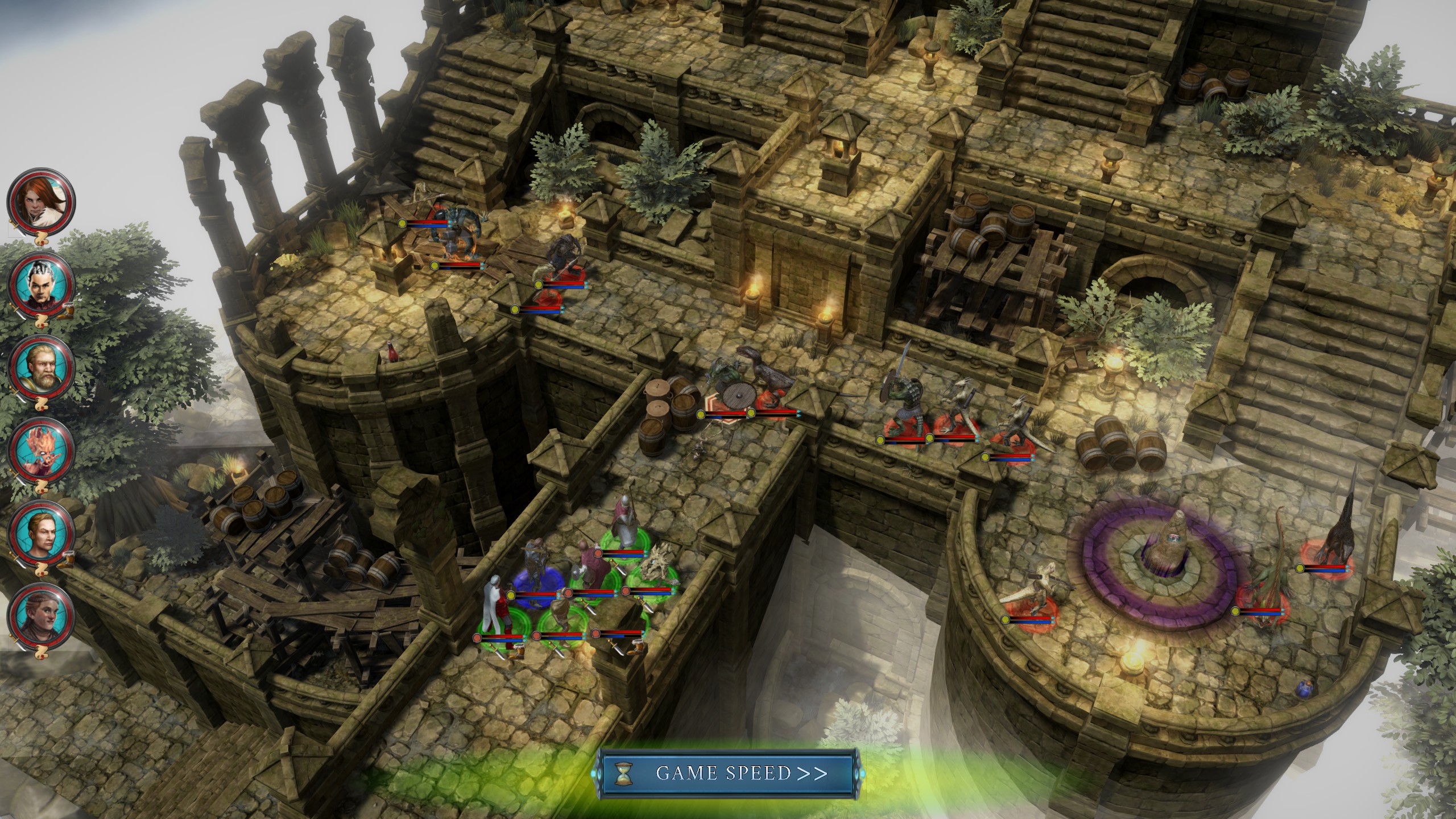