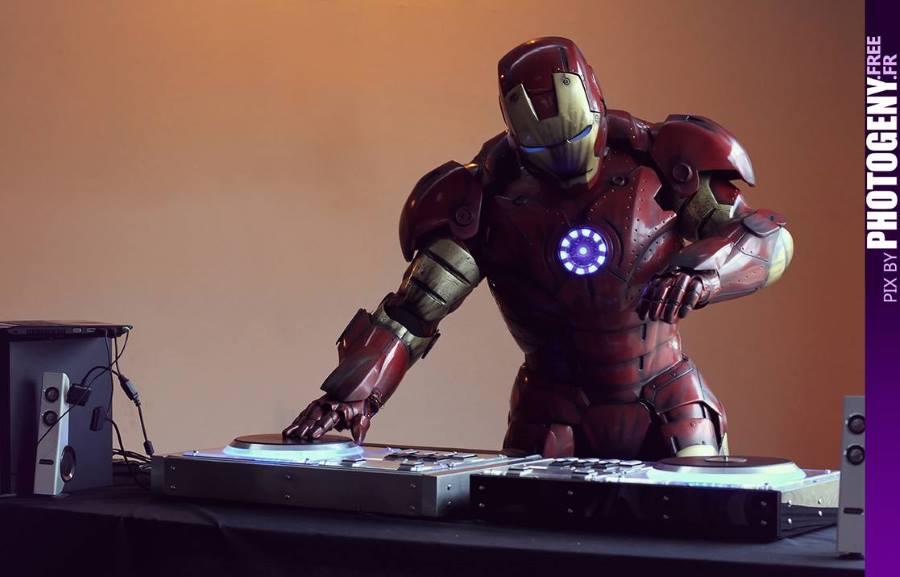 Though Avengers: Endgame marked the last major reunion of the Avengers, Tony Stark is coming back to the world of video games with the release of Marvel’s Iron Man VR for the PlayStation VR. In honor of this game, Gamers Heroes takes a look at a unique cosplay of this hero.

French photographer photogeny-cosplay got this cosplay shot of Iron Man when he’s not saving the day. Based on his earlier iterations in the Marvel Cinematic Universe, Tony Stark is spinning some mad beats as he moonlights as a DJ.

You can find photogeny-cosplay on DeviantArt here.