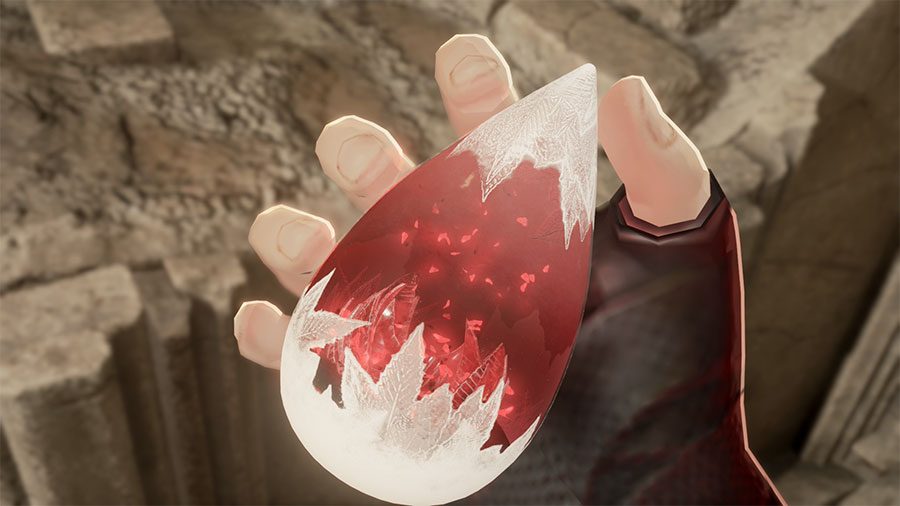 Blood Codes are special items you can find in Code Vein, the act as a sort of class system, unlocking new skills and abilities for you to use in combat. As such, they are incredibly valuable and really exciting to find. Check out the list of Blood Codes below for details on the locations of all Blood Codes we’ve discovered so far. 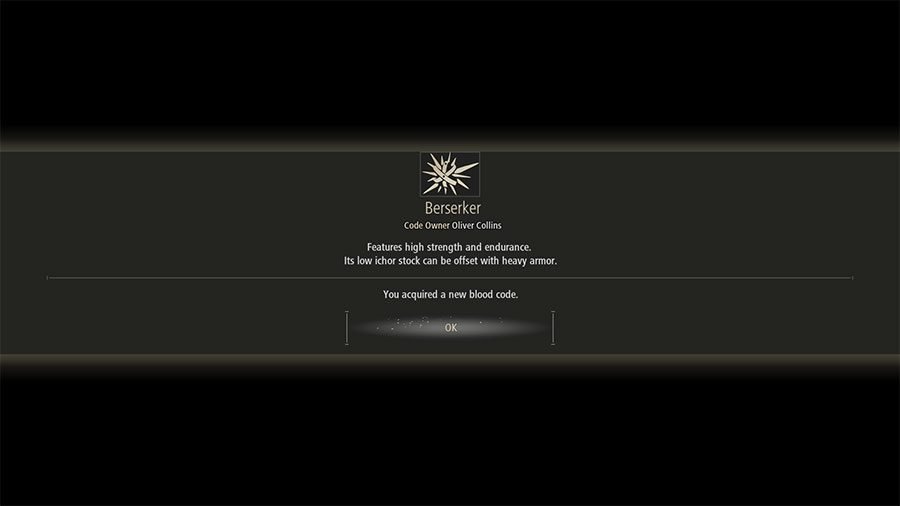 The Berserker Blood Code is unlocked after you defeat the Oliver boss in the story. 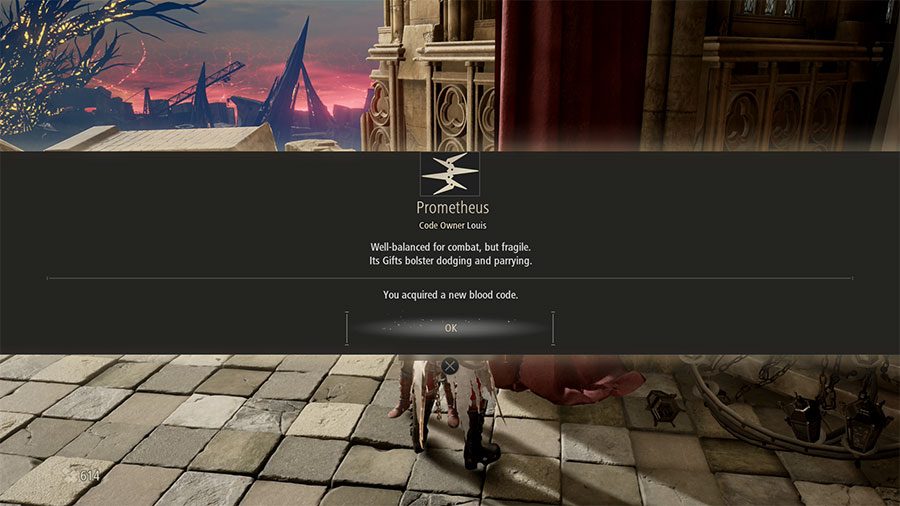 You unlock the Prometheus Blood Code after speaking with Louis during the start of the story, after you visit Home Base for the first time. 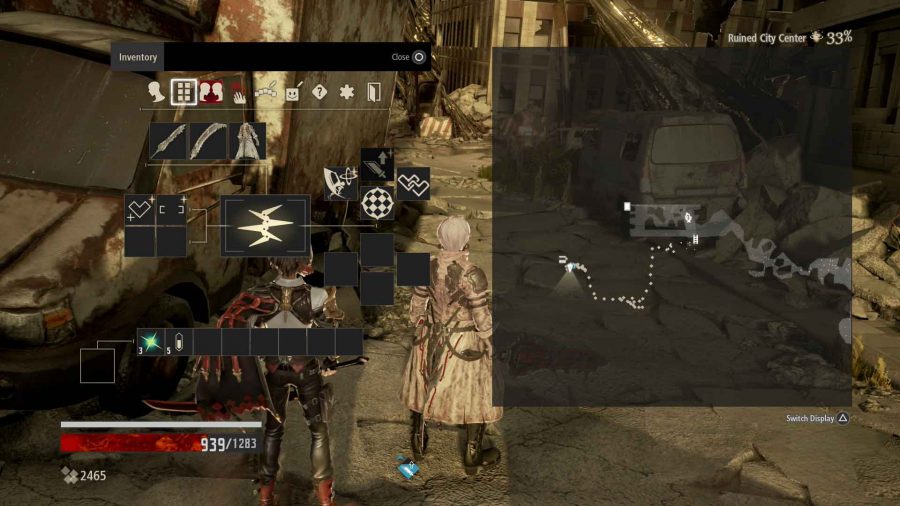 Found on the Ruined City Center map at the location I am standing above. 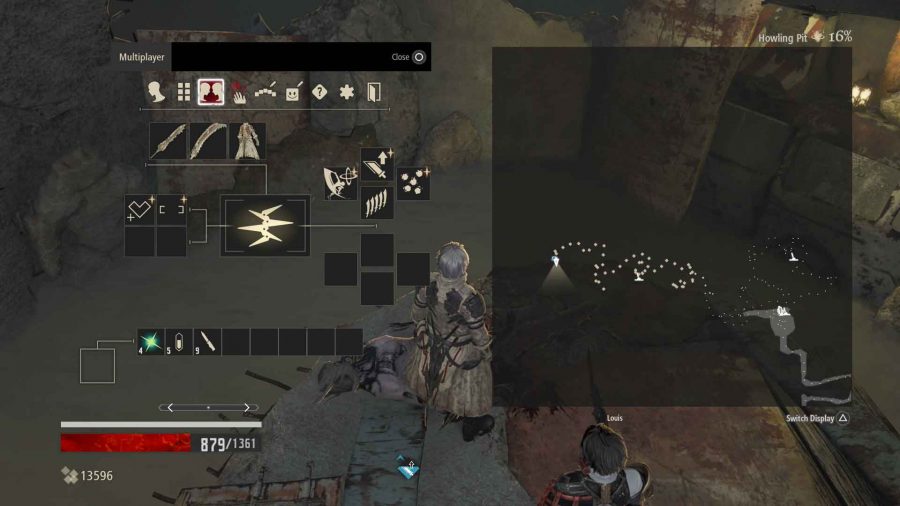 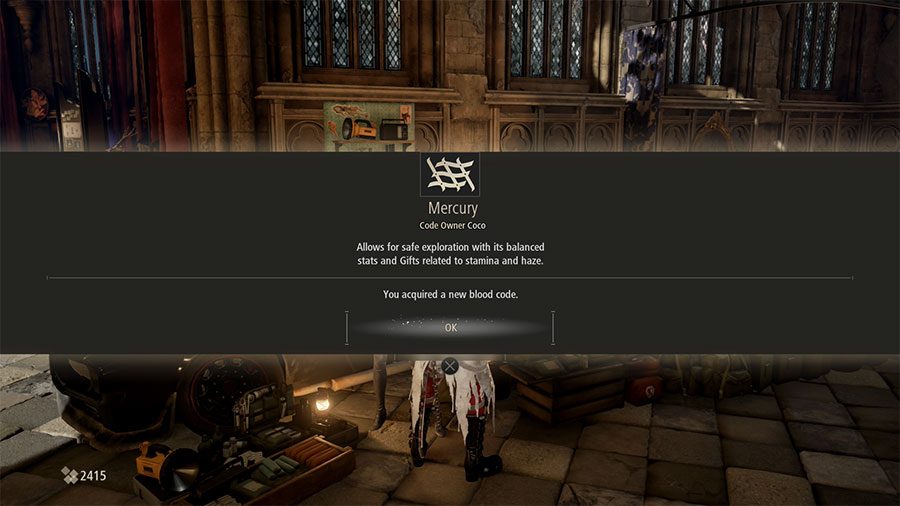 Obtained from Coco in Home Base after defeating two main bosses in the story. 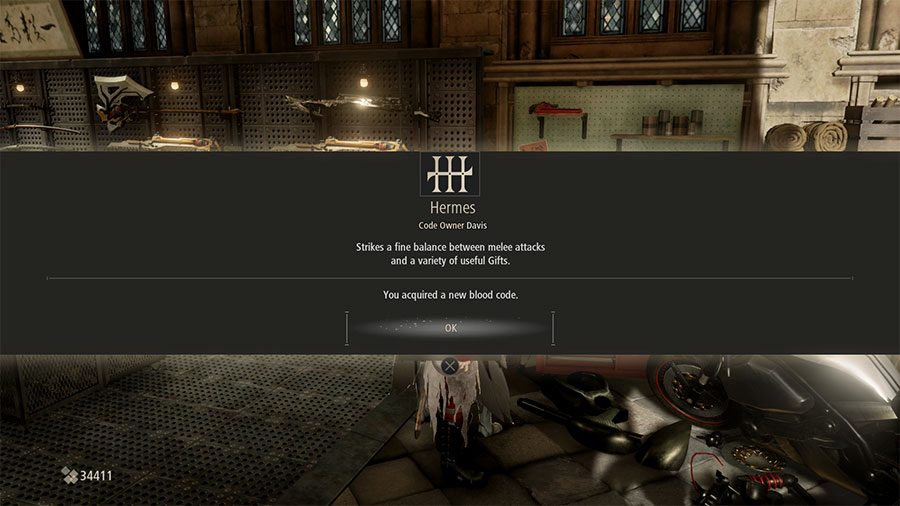 Speak with Davis at the Home Base in the story. I had completed 4-5 areas. 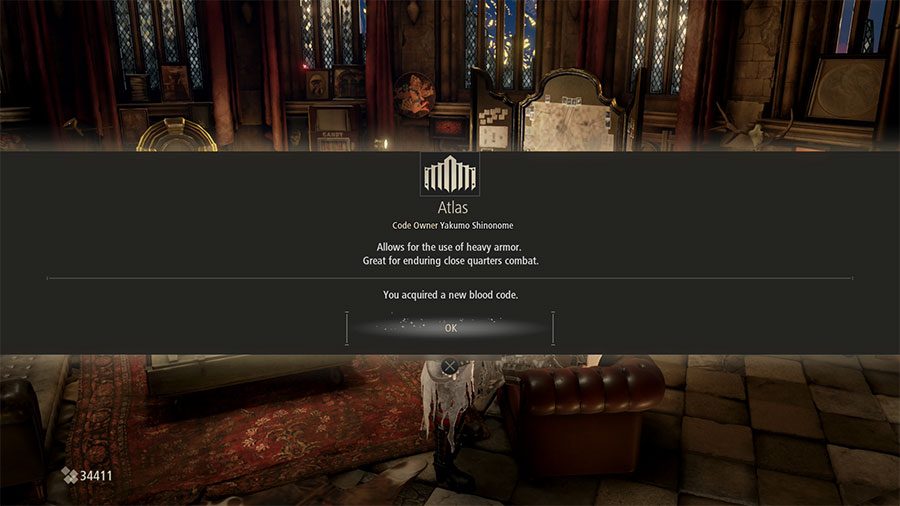 Speak with Yakumo at the Home Base in the story. I had completed 4-5 areas. 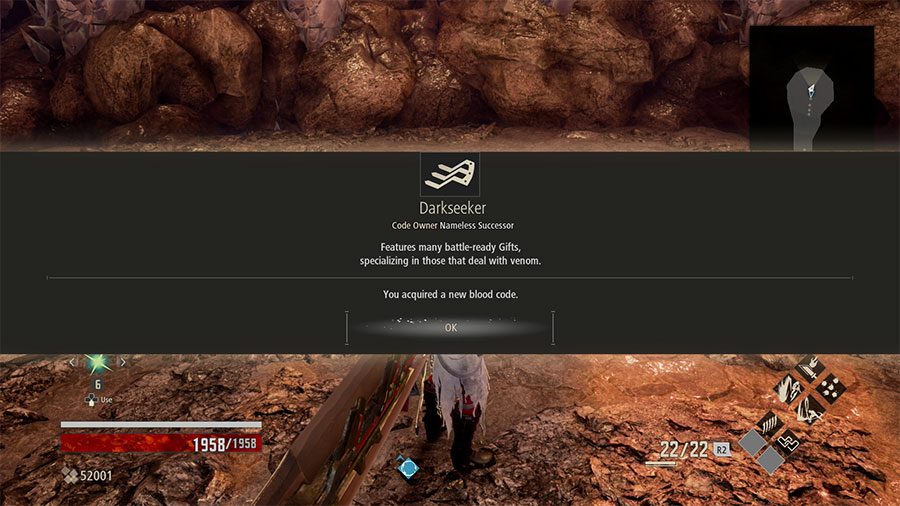 Obtained after you encounter the hunter in Dried Up Trenches, after the boss battle. 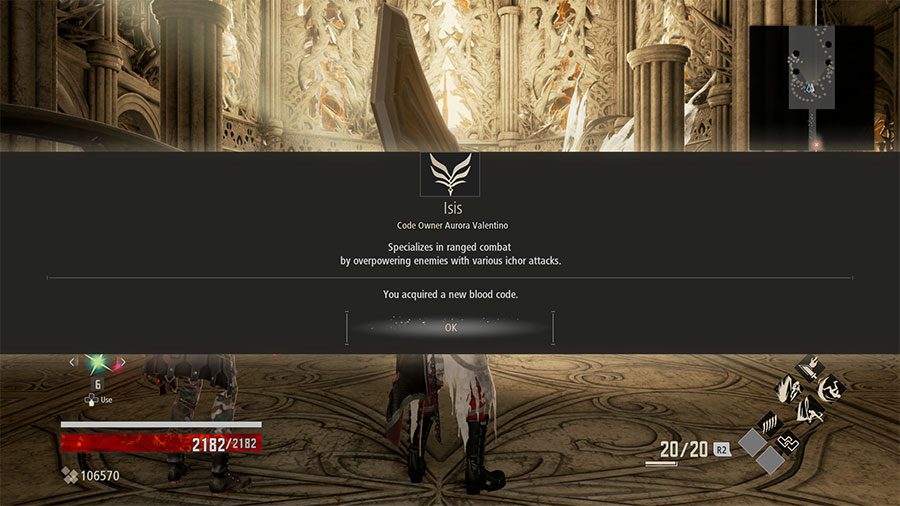 Right at the end of the Cathedral of Blood. After you clear the area and unlock the Vestige memory for the main character, return to the Cathedral and continue through to the end. 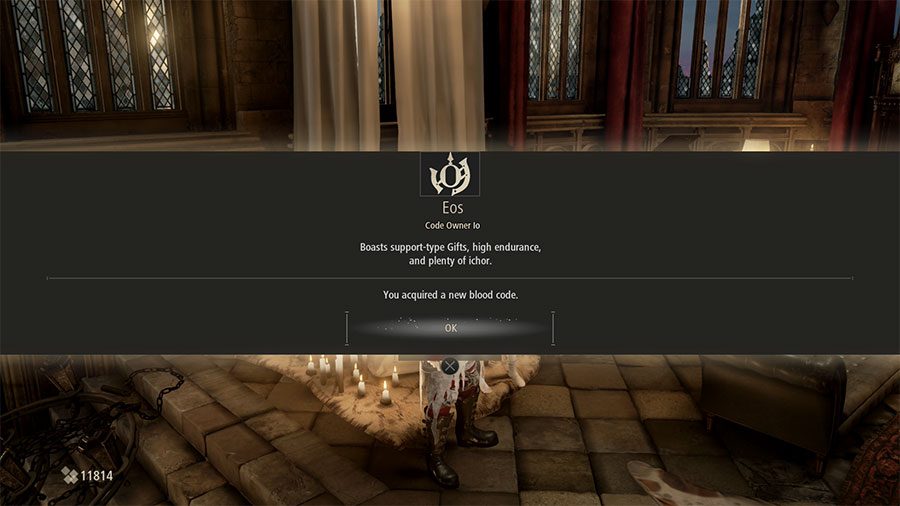 After you complete the Cathedral of Blood fully, return and speak with Lo to get her Blood Code. 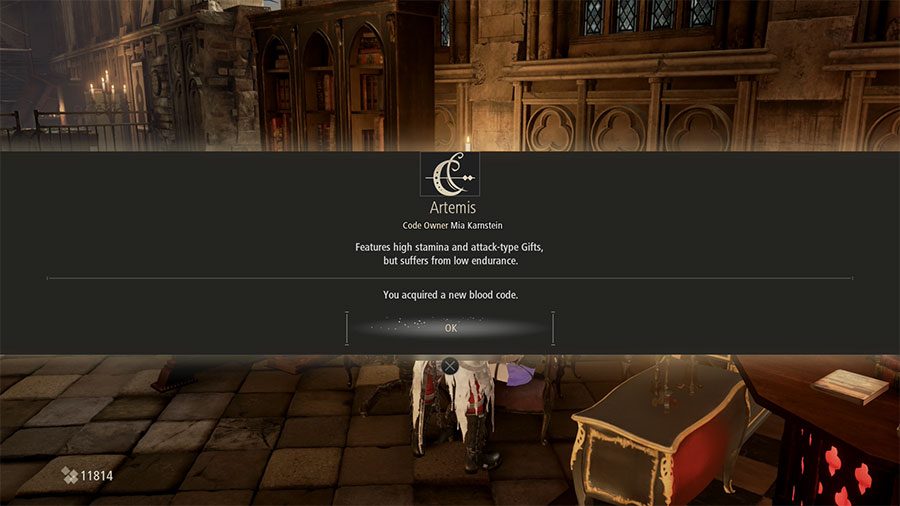 Speak with Mia Karnstein at the Home Base hub. I had just completed the Cathedral of Blood before I spoke with her. 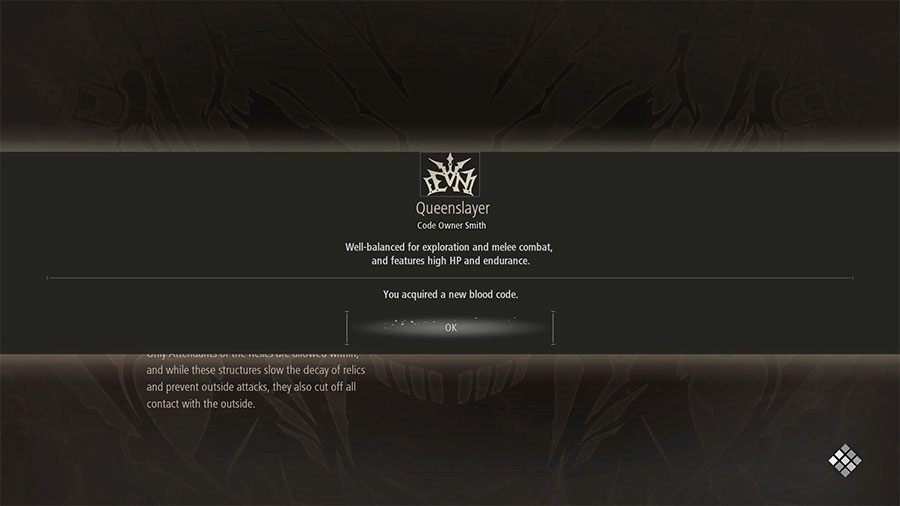 After you complete a part of the main story, the main characters memory, you can’t miss it. 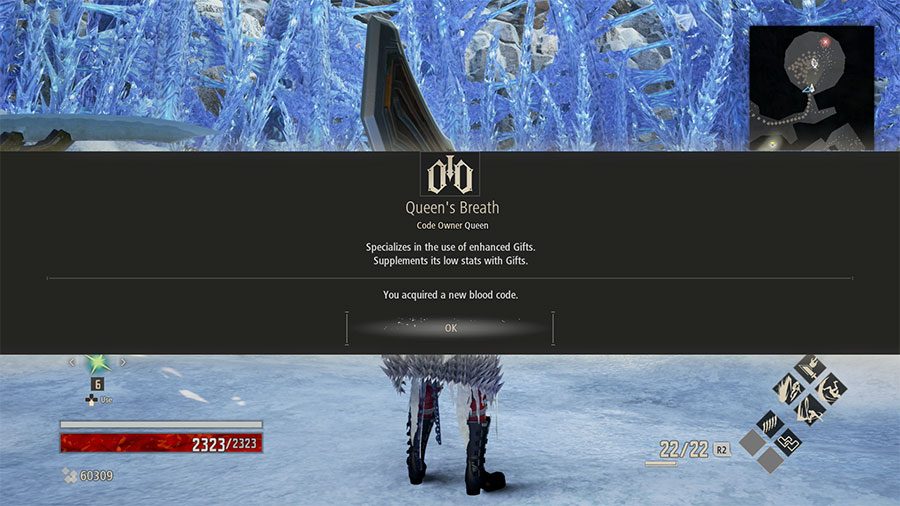 After you complete a part of the main story, where you defeat the Successor in the snow region. 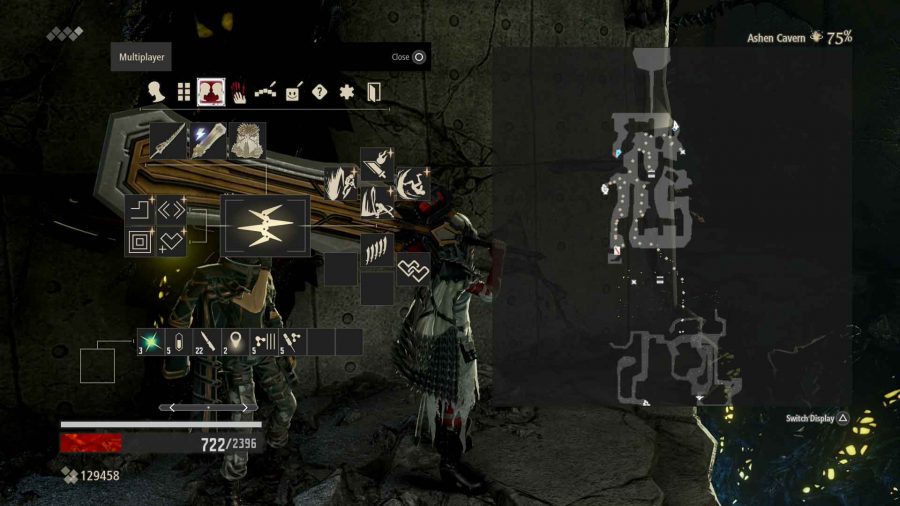 Found at my location above, in the Ashen Cavern region. 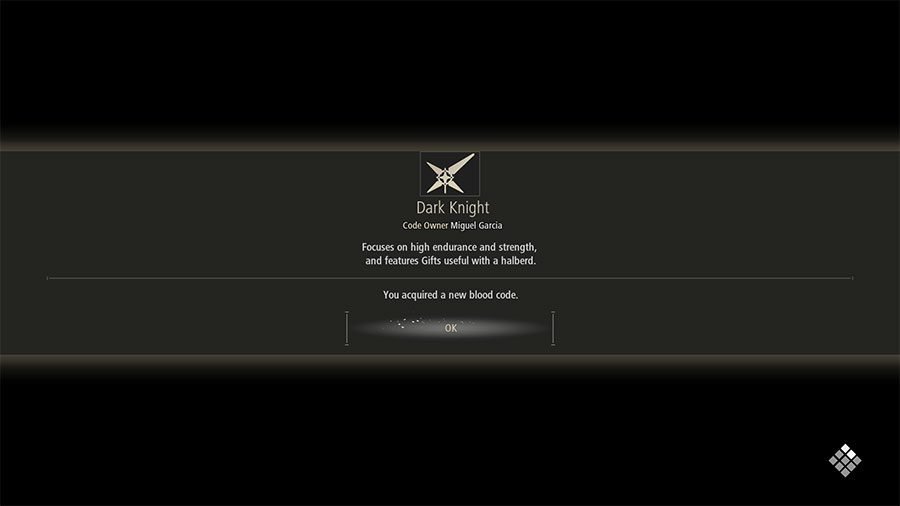 After you defeat the final boss in the Ashen Cavern region. 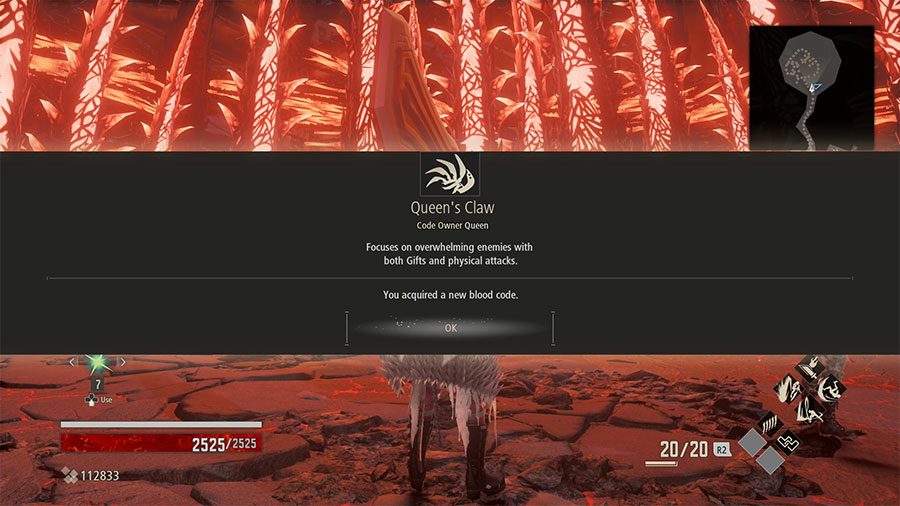 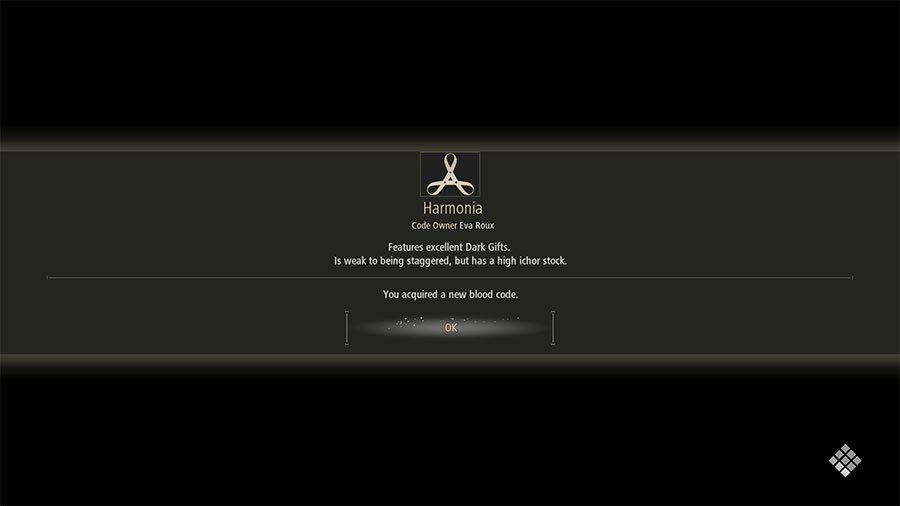 Defeat the Successor of the Throat in the story. 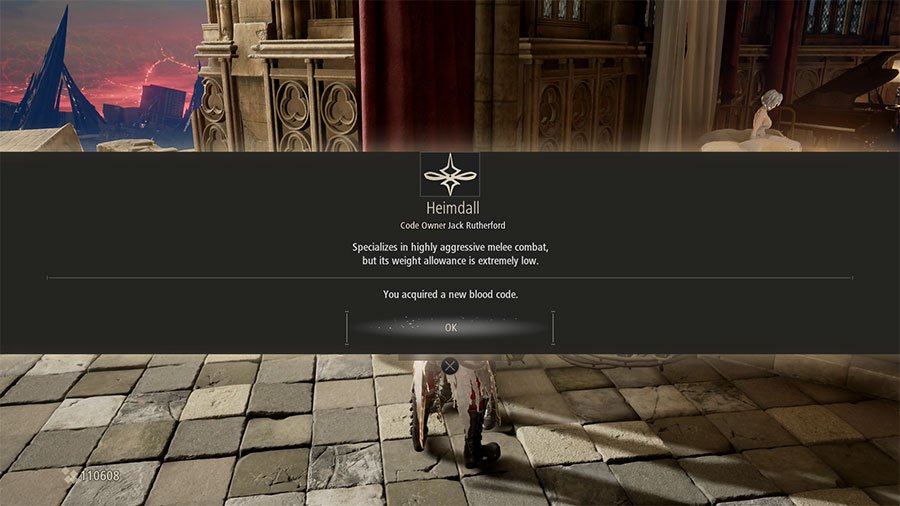 After the story event where Jack joins you at your Home Base. 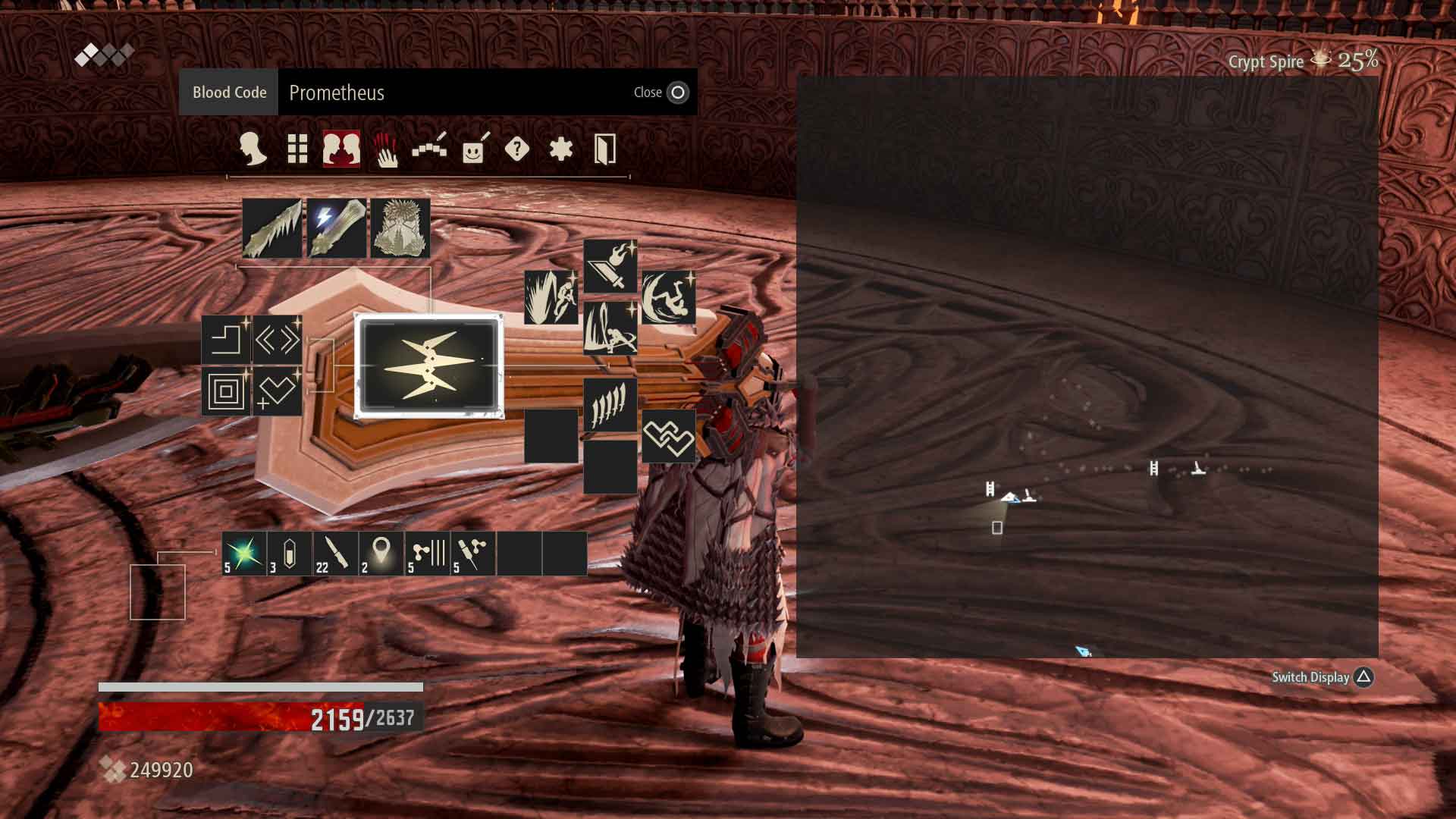 On the Crypt Spire map. Proceed through the level until you reach a locked door and a lever. There’s another exit to the room that leads outside to a ladder. Climb up to find the Blood Code 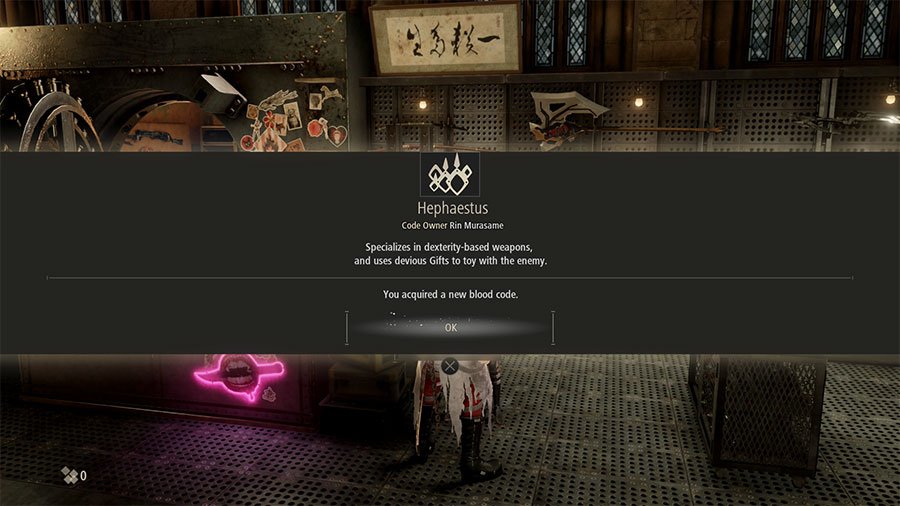 Speak with Rin Murasame at Home Base. It’s near the end of the game, after you unlock the Crypt. 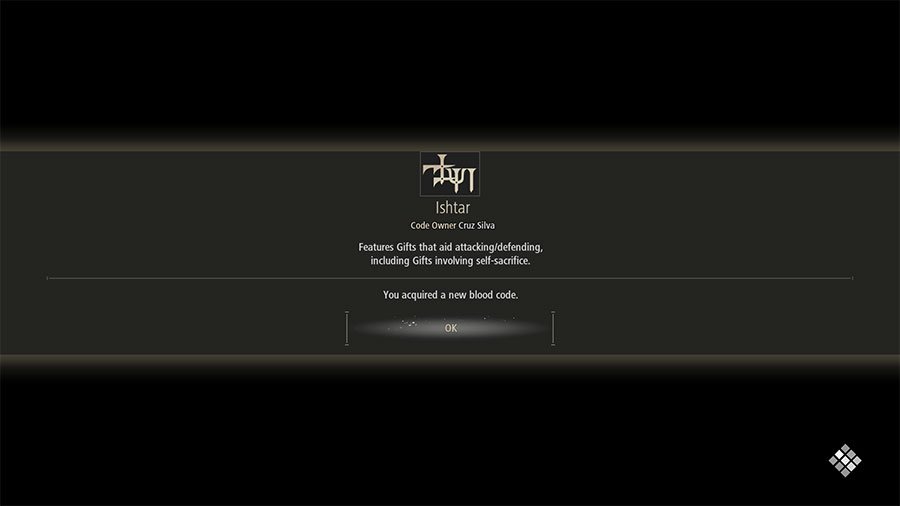 Found any other Blood Codes? Let us know in the comment section below. 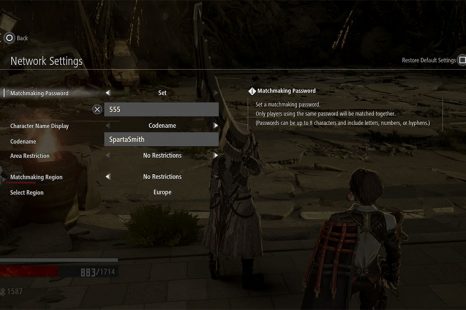 How To Play Coop With Friends In Code Vein

Code Vein features a cooperative multiplayer feature that let’s you play with other players. This guide on How To Play Coop With Friends In Code Vein will walk you through the process of setting up 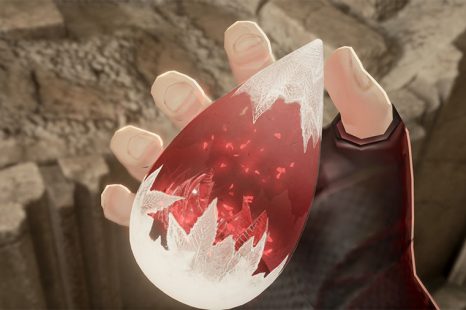 Want to know where to find more Blood Codes Locations in Code Vein? This Code Vein Blood Code Locations Guide will tell you how to unlock all of the Blood Codes we’ve discovered so far, including 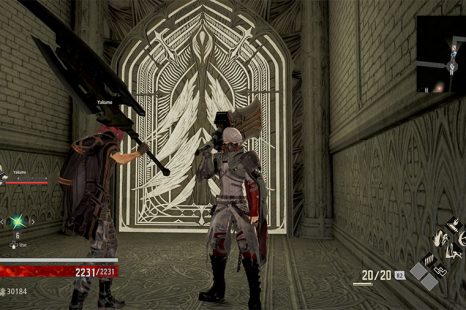 How To Open Winged Doors In Code Vein

Found one of the many doors adorned with wing designs? This guide on How To Open Winged Doors In Code Vein explains what you have to do in order to open these mysterious doors so you can explore 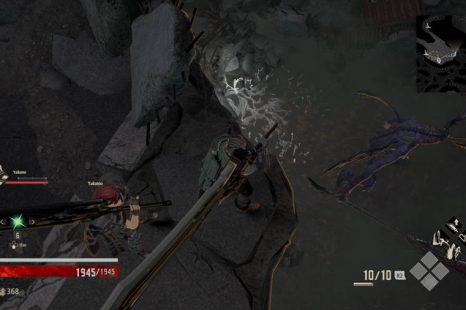 Regen extension factor in Code vein is what you need to get more healing flasks. Some of these are easy to find, while others you will skip right over. Check out this Code Vein Code Vein Regen