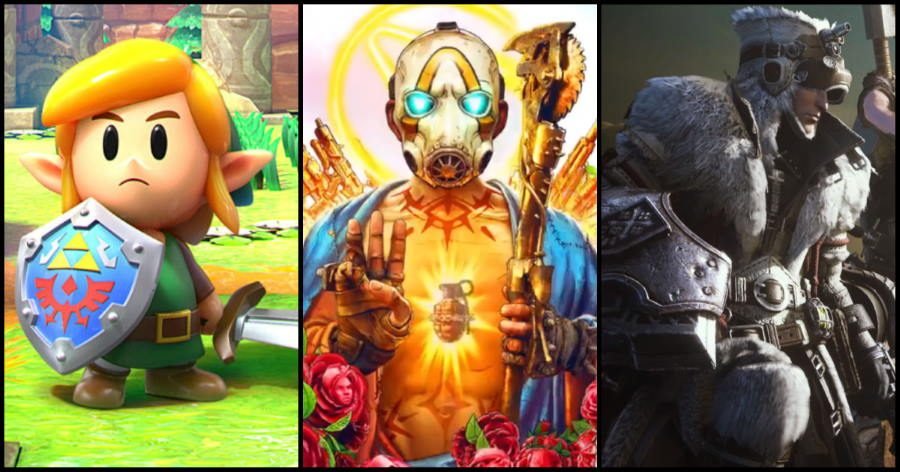 The kiddos might be back in school and the brisk winds of autumn are almost here, meaning that the gaming deluge is about to commence. On that note, we at Gamers Heroes take a look at 5 games we’re looking forward to in September. Oh, and we won’t make you click through five pages to look at the entire list.

Tapping into the same vein as the Soulsborne genre (so to speak), Bandai Namco’s Code Vein is set to release in September. Set after a mysterious disaster brought ruin to the world, players will encounter a hidden society of Revenants called Vein. Gameplay is done in a third-person perspective, and features a number of vampire themes. We’re looking forward to facing these threats and getting lost in its open world.

Code Vein will come out for the PlayStation 4, Xbox One, and PC on September 27.

Developed by The Coalition, Gears 5 puts the spotlight on Kait Diaz, who is an Outsider of Locust descent. Horde mode will make its return, but will feature structures called “Taps” that force players to build out your base or shift your position in order to retain them. We’re especially looking forward to playing as Noble Team Spartans Emile-A239 and Kat-B320 in this Horde mode, if only for its pure fanservice.

The game will come out on September 10 for the Xbox One and PC, but fans can play it early on September 6 if they sign up for Xbox’s Ultimate Game Pass.

The Legend of Zelda: Link’s Awakening

A remake of the 1993 Game Boy classic, The Legend of Zelda: Link’s Awakening will make its return to the Nintendo Switch in Grezzo’s remake. Featuring what the development team is calling a “retro-modern” art style, players will take control of Link once again as he sets out to find eight instruments to awaken the Windfish that resides on Koholint Island. We’re especially looking forward to its Chamber Dungeons, which will allow players to create their own dungeons.

The Legend of Zelda: Link’s Awakening will come out for the Nintendo Switch on September 20.

A full-fledged expansion to Capcom’s Monster Hunter World, Iceborne will make its way to the game in September. Set in the snow-covered terrain of Hoarfrost Reach, players will be able to take on the Master Rank, fight creatures like the Banbaro and the Beotodus, and new moves like the Slinger. We’re looking forward to seeing where the story takes us in this expansion.

Monster Hunter World: Iceborne will come out for the PlayStation 4 and Xbox One on September 6.

2K Games and Gearbox are teaming up once again to create the looter shooter Borderlands 3. Players are tasked with taking on Troy and Tyreen Calypso and the violent cult known as the “Children of the Vault” as they take on various missions. Procedurally generated weapons will make their return (allowing for “over one billion guns”), along with four new playable characters. We’re looking forward to trying out the new combat maneuvers the game has to offer in co-op play.

Borderlands 3 will come out for the PlayStation 4, Xbox One, and PC on September 13.

What we at Gamers Heroes are looking forward to the most:

We at Gamers Heroes are looking forward to Borderlands 3 the most. The series has a solid track record, and the additions included in this release look to add to the game.

The post 5 Games We’re Looking Forward to in September appeared first on GamersHeroes.