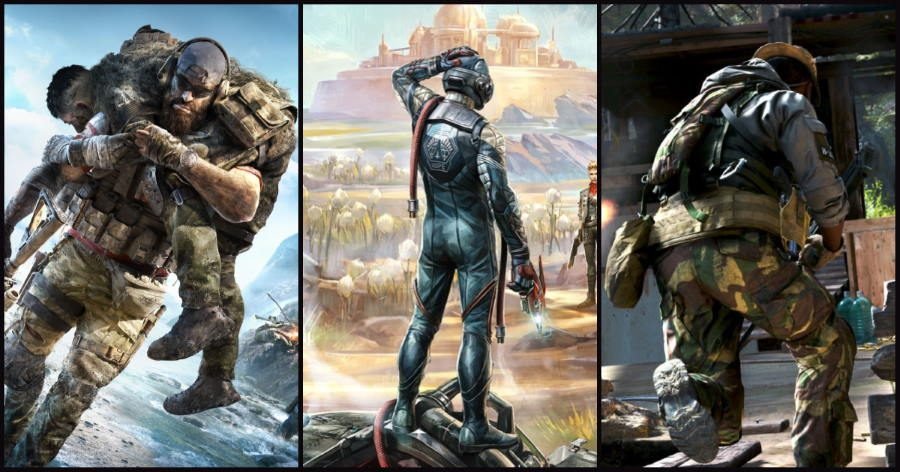 People the world over might be getting ready for Halloween this month, but there are plenty of games to gear up for as well. On that note, we at Gamers Heroes take a look at 5 games we’re looking forward to in October. Oh, and we won’t make you click through five pages to look at the entire list.

Sir Daniel Fortesque is getting a new lease on life with the release of Other Ocean and Sony Interactive Entertainment’s MediEvil remake. To aid players on their quest, weaponry like enchanted swords, gigantic hammers, throwing knives, and crossbows are all at your fingertips. To go alongside this action, this title has received a complete graphical overhaul, a number of improvements to the camera system, and narration done by Lani Minella. We’re looking forward to jumping into this adventure once again.

MediEvil will come out for the PlayStation 4 on October 25.

Next Level Games and Nintendo are teaming up to give Luigi a new adventure in the upcoming Nintendo Switch title Luigi’s Mansion 3. After receiving an invitation to the Last Resort hotel, this Mario brother must save his friends with the power of the Poltergust G-00. Unlike previous entries, this title will feature an open-ended level structure, with each floor of this hotel based around a different theme. We’re looking forward to experiencing the larger scale of this title.

Luigi’s Mansion 3 will come out for the Nintendo Switch on October 31.

Ubisoft Paris is trying their hand at the Ghost Recon franchise with the upcoming release of Tom Clancy’s Ghost Recon Breakpoint. Set on the fictional Auroa island, players fill in the shoes of Lieutenant Colonel Anthony “Nomad” Perryman as they set out to investigate disturbances that have been brought about using Skell Technology. Much like previous entries, this one features an open world environment, and players can utilize four different character classes. We’re especially looking forward to this title’s emphasis on survival.

Tom Clancy’s Ghost Recon Breakpoint will come out for the PlayStation 4, Xbox One, and PC on October 4.

Infinity Ward is back at the helm with the release of Activision’s Call of Duty: Modern Warfare. A soft reboot of the series, the game will focus on both realism and will pay host to tactically-based moral choices. The multiplayer content will also feature a tactical slant, with both map exploration and door breaching being woven in. We’re looking forward to trying out the “Ground War” mode, which will feature over 100 players.

Call of Duty: Modern Warfare will come out for the PlayStation 4, Xbox One, and PC on October 25.

Developed by Obsidian Entertainment and published by Private Division, The Outer Worlds is set to release in October. Much like the studio’s other titles, players will be able to create a character to their liking. From there, they can use a ship as a base of operations and can man a number of different, unique dialog decisions. We’re especially looking forward to diving into the title’s branching story.

The Outer Worlds will come out for the PlayStation 4, Xbox One, and PC on October 25.

What we at Gamers Heroes are looking forward to the most:

We at Gamers Heroes are looking forward to The Outer Worlds the most. A number of variables will come into play, and it looks to provide a deep, rewarding experience.

The post 5 Games We’re Looking Forward to in October appeared first on GamersHeroes.