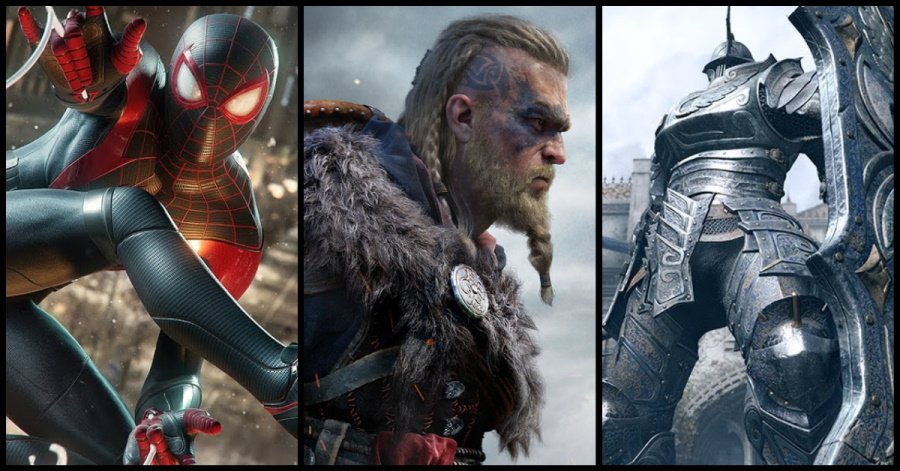 Two console launches, multiple games years in the making, Black Friday – November is looking to be a megaton month in the world of video games. See what’s to come with the 5 best games of November 2020. Oh, and we won’t make you click through five pages to look at the entire list.

Ryu Ga Gotoku Studio and SEGA are mixing up the long-running Yakuza series with the upcoming release of Yakuza: Like a Dragon. Featuring the protagonist Ichiban Kasuga, players will utilize turn-based RPG type combat with a four-person battle team. Players can also dive into a number of side-quests (dubbed sub-stories), which can be taken up by the player to gain additional rewards and players.

Set 100 years before the events of The Legend of Zelda: Breath of the Wild, Nintendo and Koei Tecmo’s Hyrule Warriors: Age of Calamity gives the series a hack-and-slash twist once again. The combat system, material crafting, and weapon-upgrade systems from the original Hyrule Warriors will make its return, but new to this entry are environmental puzzle solving elements that make use of the Sheikah Slate. We’re especially looking forward to taking control of the four Champions, which will all be playable.

Hyrule Warriors: Age of Calamity will come out for the Nintendo Switch on November 20, 2020.

The story shifts focus from Peter Parker to Miles Morales in the release of Sony Interactive Entertainment and Insomniac Games’ Marvel’s Spider-Man: Miles Morales. Set a year after the conclusion of the original title, Miles Morales must defend Harlem and the rest of New York City from a gang war between the Roxxon Energy Corporation and the Underground. The PlayStation 5 version of the game in particular will utilize the system’s increased processing power, dedicated ray-tracing hardware, custom SSD storage, Tempest Engine and DualSense controller.

Marvel’s Spider-Man: Miles Morales will come out for the PlayStation 4 and PlayStation 5 on November 12, 2020.

Kicking off the launch of the PlayStation 5 is Bluepoint Games’ Demon’s Souls, a complete overhaul of the PlayStation 3 classic by From Software. Players will once again explore the kingdom of Boletaria, overcoming its swarms of demons and overcoming the dark being known only as the Old One. Much like other games in the Soulsborne series, players will be able to square off in PVP combat or can summon allies to take on the fight.

Ubisoft’s long-running Assassin’s Creed franchise takes the series to Nordic roots with the release of Assassin’s Creed Valhalla. Players will take control of the Viking raider Eivor, who gets caught up in a conflict between the Brotherhood of Assassins and the Templar Order. Much like other entries in the series, players will be able to take on a number of main story missions and optional side missions. To challenge players, 25 unique enemy archetypes have been included.

The post 5 Best Games of November 2020 appeared first on GamersHeroes.