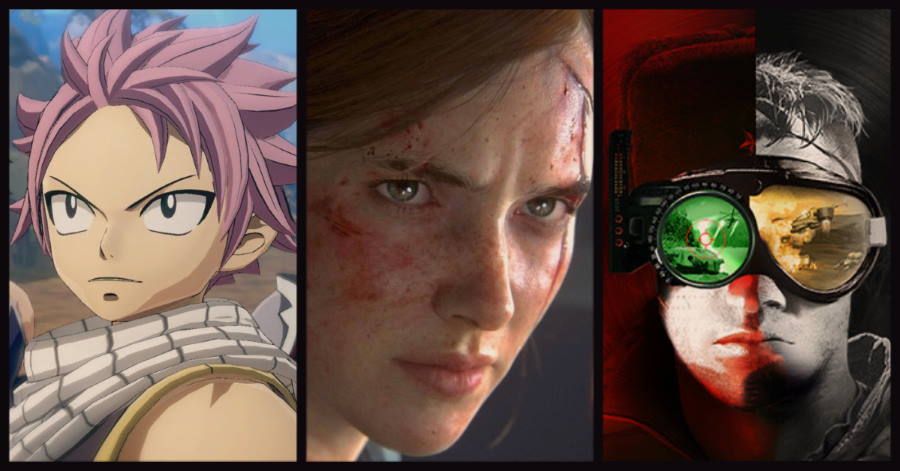 The infamous Electronic Entertainment Expo might not be happening this year, but that doesn’t mean the gaming world is stopping. See what this month has in store with the 5 best games of June 2020. Oh, and we won’t make you click through five pages to look at the entire list.

Originally released for the PlayStation Vita and PC, the world of Nihon Falcom and XSEED Games’ Ys: Memories of Celceta finally makes its way to the PlayStation 4 this month. Players take control of series mainstay Adol Christin as he arrives in the town of Casnan with a deadly case of amnesia. Players will be joined by Duren along the way, and can make use of special moves dubbed Skills that utilize different button combinations and are divided up into Slash, Strike, and Pierce. The original title received favorable reviews (the PlayStation Vita version currently has a 82 on Metacritic), and we expect this title to do well too.

A remake of the generation six cult classic title, Purple Lamp Studios and THQ Nordic’s SpongeBob SquarePants: Battle for Bikini Bottom – Rehydrated will bring the world of Nickelodeon’s SpongeBob SquarePants to a new generation of gamers. New to this entry is a new multiplayer horde mode for up to two players, along with a remastered soundtrack and previously cut content.

SpongeBob SquarePants: Battle for Bikini Bottom – Rehydrated will come out for the PlayStation 4, Xbox One, Nintendo Switch, and PC on June 23, 2020.

Based on the anime and manga series of the same name, GUST Studios and Koei Tecmo’s Fairy Tail will transform the series into an action RPG. The game follows the story of Natsu, a Dragon Slayer that hails from the rowdy Fairy Tail magician guild. Developed closely with author Hiro Mashima, players will be able to experience the Tenrou Island, Grand Magic Games, and Tartaros arcs, along with a number of original episodes.

Fairy Tail will come out for the PlayStation 4, Nintendo Switch, and Steam on June 25, 2020.

Everything old is new again with the release of Petroglyph and Electronic Arts’ Command & Conquer Remastered Collection. Remastered in 4K resolution by the former Westwood Studios team members, this title will feature more than 100 campaign missions, more than 250 multiplayer maps (complete with rebuilt multiplayer), all three expansions, a modernized UI, and a Map Editor.

The Command & Conquer Remastered Collection will come out for the PC on June 5, 2020.

The Last of Us Part II

The latest entry in Sony Interactive Entertainment and Naughty Dog’s action-adventure series, The Last of Us Part II will finally launch this month. In this title, players will fill in the shoes of a 19-year-old Ellie, who must contend with a mysterious Christian cult and those infected with the Cordyceps fungus in a post-apocalyptic America. To deal with these threats, Ellie can make use of firearms, improvised weapons, and even stealth to get ahead of the game.

The post 5 Best Games of June 2020 appeared first on GamersHeroes.