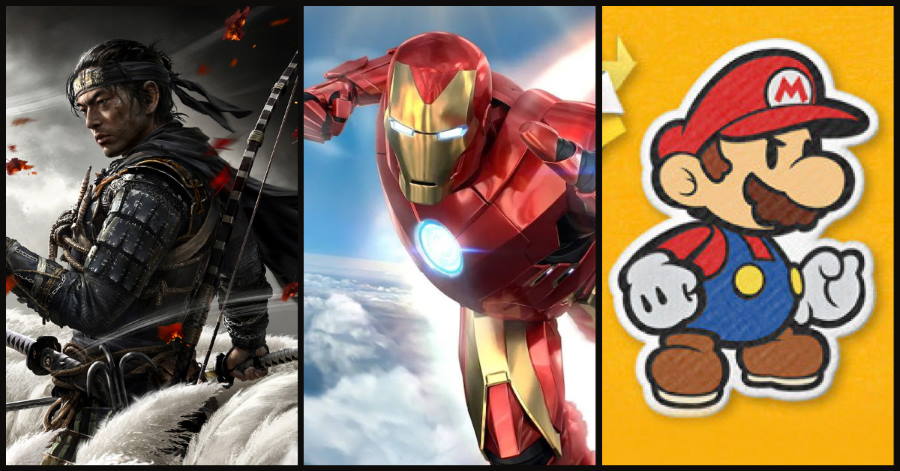 July means three things: Explosive fireworks, warm summer nights, and brand new video games. See what this fiery month has in store with the 5 best games of July 2020. Oh, and we won’t make you click through five pages to look at the entire list.

Based on the popular arcade game of the same name, Bandai Namco is bringing the action of Mobile Suit Gundam: Extreme VS. MaxiBoost ON to the PlayStation 4 this month. The title will pay host to two-on-two PVP battles, with 183 units to choose from. Players will also be able to use three different “EX Burst” systems: Fighting Burst, Extend Burst, and Shooting Burst.

Mobile Suit Gundam: Extreme VS. MaxiBoost ON will come out for the PlayStation 4 on July 30, 2020.

Deadly Premonition 2: A Blessing in Disguise

A follow-up to the SWERY65’s cult classic, TOYBOX Inc. and Rising Star Games’ Deadly Premonition 2: A Blessing in Disguise is set to hit the Nintendo Switch this month. FBI agent York, the protagonist of the original, visits Le Carré, New Orleans, where he encounters a mysterious serial murder case.

The title will serve as both a prequel and sequel to the original, and will once again be an open world adventure. A number of minigames, including bowling, bayou rides, and skateboard challenges will also be included.

Deadly Premonition 2: A Blessing in Disguise will come out for the Nintendo Switch on July 10, 2020.

Suit up as genius inventor Tony Stark in VR when Sony Interactive Entertainment and Camouflaj’s Marvel’s Iron Man VR launches for PlayStation VR this month. The Armored Avenger is at your fingertips; players can use two PlayStation Move controllers to fire up Iron Man’s Repulsor Jets, and can use anything from his repertoire of weaponry.

Not all is at peace though; the mysterious anti-corporate activist Ghost is looking to topple Tony’s empire with old Stark Industries weapons.

Marvel’s Iron Man VR will come out for the PlayStation VR system on July 3, 2020.

Intelligent Systems and Nintendo are once again giving Mario a flat makeover with the upcoming release of Paper Mario: The Origami King. This paper-crafted adventure kicks things into high gear when Princess Peach has been turned into origami by the evil King Olly. With her castle taken hostage and the landscape ravaged, Mario must set out to battle the Fallen Soldiers and save the day.

This title brings with it a new ring-based battle system that has players lining up enemies to maximize damage output. Players can also use the arm-extending 1,000-Fold Arms ability to interact with the landscape to find new things.

Paper Mario: The Origami King will come out for the Nintendo Switch on July 17, 2020.

Sucker Punch Productions and Sony Interactive Entertainment are teaming up once more to release the action-adventure title Ghost of Tsushima to PlayStation 4 owners this month. Set in 1274, players will take control of the samurai Jin Sakai on Tsushima Island during the first Mongol invasion of Japan.

Players will be given an open world to discover, one that does not feature any waypoints and can be explored without any sort of guidance. Players can chain fatal strikes in battle, and can alternatively use stealth to evade enemies through the use of firecrackers and smoke bombs.

The post 5 Best Games of July 2020 appeared first on GamersHeroes.